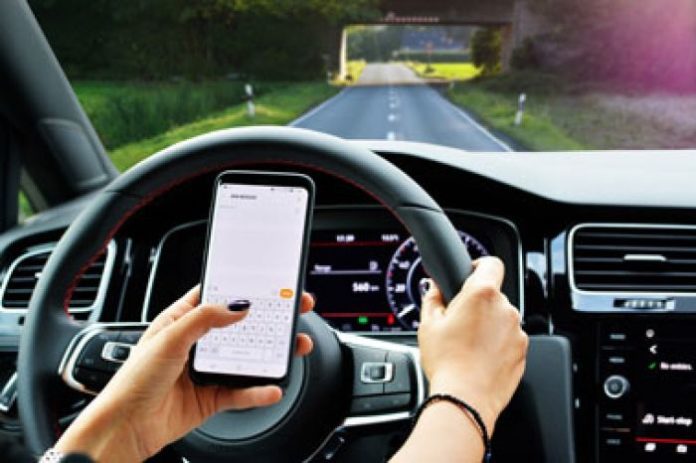 This past month, new legislation regarding texting and driving was signed into law. Now, texting at the wheel moves from a secondary offense to a primary offense which will affect pocketbooks and hopefully save some lives from distracted driving.

Florida, as well as other states, have submitted a number of different bills regarding texting and driving, hands-free devices but none have passed in Florida until this year. Now instead of texting and driving as an additional charge at a traffic stop, officers can pull you over if they see the phone in your hand.

Marianna chief of police Hayes Baggett was more than pleased to see the law pass and anxiously awaits July 1 for it to go into effect.  Two years ago, Baggett had asked the city to sign a resolution supporting a piece of legislation that the Florida Police Chief Association were supporting a ban on texting and driving like the one that passed this year. Baggett said of the new legislation, “The new texting while driving law is a sensible and much-needed update to legislation that hasn’t been very effective or enforced. There were roughly 50,000 car accidents caused by texting and driving in Florida in 2016 and distracted driving accounted for at least 233 deaths in 2016. This new law will allow a law enforcement officer to conduct a traffic stop if you are seen texting and driving. Distracted driving is causing more deaths on our roadways today than impaired drivers.”

Eddie Elmore, lieutenant with the Florida Highway Patrol seconded what Baggett said in reference to the new legislation, “When the new law takes effect July 1, it’s not really a grace period but we are not really going to be writing citations until January 1.  So, from July 1 to December 31, that is our education period that the state typically does on all new laws that come into effect.”  Elmore told of the difference in the law prior to the one taking effect July 1 and the previous one, “The law currently is a secondary offense which means you have to be doing something, you have to be violating another law before we can stop and enforce this law. Now, with the new revision to the law, it gives us a more proactive stance when it comes to enforcing texting and driving. For me, personally and as a lieutenant with the Florida Highway Patrol, I think that this is a good move that we made. I think that any reasonable person that drives you know on the average almost every day, they see the problem out among the motorists. They are constantly texting and driving and going and doing other things than what they’re primarily supposed to be doing which is driving their vehicle.”

Elmore added some staggering facts to the equation of texting and driving, “We can attribute 23 fatalities just based on texting and driving.  And that’s the ones we know 100% that’s what they’re doing. Some of those fatalities that we can’t contribute where we suspect it might have been texting and driving and we just can’t prove it, single vehicle, single occupant, so we just don’t know. But we can’t find a reason of why they ran off the road, why they overcorrected, that sort of thing.”

Elmore continued, “There’s another part of this law too that is anytime that you are in two types of zones, a construction zone or a school zone you have to be handsfree.  You have to be like on blue tooth or a speaker.”

Florida is just one of the many states putting a ban on texting behind the wheel and making the roads a little safer.