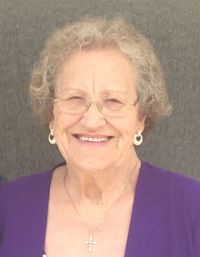 Mrs. Frances Skipper Merritt, 81 of the Noma Community, Bonifay, Florida, passed away at her residence surrounded by her loving family on Monday, June 10, 2019.

Mrs. Frances was born in Gordon, AL on May 20, 1938 to the late George Glover Skipper and Anne Elizabeth Dickens Skipper. Mrs. Frances along with her husband

Paul, owned and operated Saniko Sanitation for a number of years before retiring.

She loved spending time with all her family and cooking for them. She was a long time member of the Order of the Eastern Star, Chapter #129 Marianna, FL and Noma Assembly of God Church.

She was preceded in death by her parents and husband Paul E. Merritt.