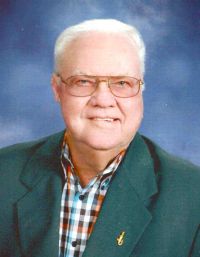 John Milton Pittman, Sr. age 79, passed away peacefully at his residence on June 9, 2019. He was born on July 8, 1939 in the Lovedale-Two Egg Community, FL to Luther and Ettie Ree Pittman. He was married to the love of his life for 49 years, Jessie Jo Basford, who preceded him in death in 2012. He was a native of the Lovedale-Two Egg Community. During his life, Milton was known as a tireless worker, wonderful father and husband, and civic servant. He was a farmer for over forty years, growing row crops and livestock in Jackson County. He was also elected to serve as Jackson County Commissioner, District 5, for three terms and the Jackson County School Board for one term. He served on the Jackson County Chamber of Commerce board and as the chairman of the Florida Utility Financing Commission board. Along with serving his community, he looked after the needs of the agriculture industry by serving in various roles and capacities. He was initially elected as a director on the JCCA board in 1979 and served as president of the organization for two years. In 1978, Gov. Rubin Askew appointed Pittman, Woodrow Glenn, and Gerald Mason to serve as trustees for the Jackson County Agriculture Center on U.S. Highway 90 just west of Marianna. That same year, he was elected to the Georgia, Florida, Alabama Peanut Producers board, serving in that role for 28 years, including a four-year term as president. In 1993, Pittman was elected to the county Farm Service Agency Committee and served as chairman for three years. He also served on the board of the Jackson County Farm Bureau. Milton was an active member of his church, Lovedale Baptist, where he served as a deacon for many years. He loved to fish and was a member of the Iamonia Lake Fishing Club. He also loved to cook. He served many meals, particularly boiled peanuts, to his church, community members, the Jackson County Gator Booster Club, family, and friends over the years. Milton was admired by many and his contributions and service to Jackson County will last forever.

Funeral services will be held at Lovedale Baptist Church on June 12, 2019 at 2:00 p.m. with Rev. Steve Canada officiating. Interment will follow in the church cemetery with Marianna Chapel Funeral Home Directing. The family will receive friends one hour prior to the service. Contributions can be made to Lovedale Baptist Church Building Fund, 6595 Lovedale Road, Bascom, FL 32423 or Covenant Hospice of NW Florida, 4215 Kelson Ave. Suite E, Marianna, FL 32446.

Expressions of sympathy may be submitted online at www.mariannachapelfh.com.  Marianna Chapel Funeral Home is in charge of arrangements.