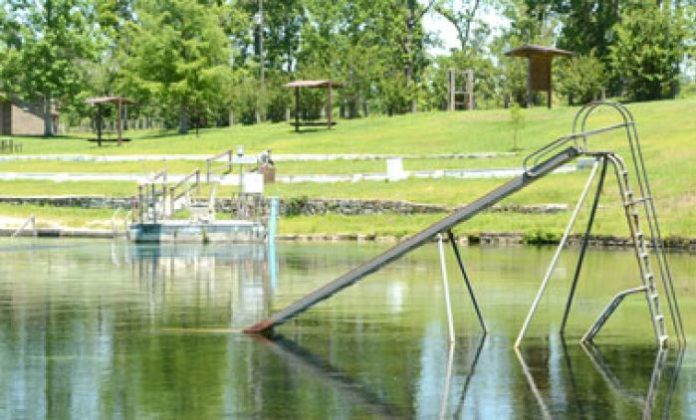 Jackson County Parks and Recreation Director Rett Daniels addressed the Board Tuesday in reference to Blue Springs and the upcoming season.

Daniels said they had advertised for lifeguards and they received five eligible applicants. Daniels said, “Typically, we hire 10-12. The biggest issue we had was there wasn’t a local training for new people to get certified so all we could rely on were the people we had last year that were certified and have another year.  With that being said, there is no law, but by Red Cross guidelines, they suggest one guard per 50 people. So, what we typically do is we will have a minimum staffing of four people on the water at all times and I will reserve that fifth person as an on-duty but they put in a rotation for every two hours. I can’t work them nine hours straight on the water. That is one of my concerns being limited on eligible, life-saving personnel. We typically run six to eight hundred people on the weekend and we were only going to be open on Thursday through Sunday because that’s our highest amount of people and personally, I don’t feel like we have an adequate amount of staffing to operate the facility this year.”

Commissioner Chuck Lockey said, “I’ve talked with FACT and there issue is a safety issue and there are a lot of things out there that need to be attended to. The safety issue is what I have for the children and the adults out there overrides a lot. We can’t be open from Memorial Day to Labor Day but if we can make some things happen we could possibly have a shorter season or maybe delay the opening but I just don’t think right now is the time.”

Daniels said aside from the debris, he would not have more than five guards period. Lockey said, “And that’s the concern.”  Daniels told the Board that the guards were high school kids and they’ve got vacation, summer plans, some are still in school, and if I’ve got one call in, I got three on the water and I’ve either got to stop them at the gate when I get 100 people in there.

Commissioner Jim Peacock asked if there was anywhere around that would have life guards that we could reach out to that could help us.

Chairman Clint Pate said that he had heard on a news channel that the county had elected not to open but it wasn’t us.”  Daniels said that was right but that it wasn’t anyone’s fault but more of a lack of communication.

The Times contacted Chipola College about the life guard classes offered in the past and about the possibility of a lifeguard class for potential guards for Blue Springs at a later date this season. Bryan Craven said, “There are two types of lifeguard courses: a full course for new lifeguards and a recertification course for currently certified lifeguards. Lifeguards serving at Blue Springs also need a waterfront module in addition to the regular certification course required for pool guards. Chipola facilities were affected by the Hurricane, resulting in a later opening date. Chipola needed to focus on training their own lifeguards to ensure a safe environment at the Chipola Pool.  Chipola is offering a re-certification lifeguard course which was open to any currently certified lifeguard. The full certification course for new lifeguards is not being offered due to the fact that Chipola already had employed the number of lifeguards needed to operate their facility. At the time of this decision, Jackson County had not decided whether to open Blue Springs.

Craven went on to say that a recertification course is being offered. The recertification course is 15 hours with the full certification course for new guards with the waterfront module required for Blue Springs guards is 37 hours. The TIMES asked if it was a possibility to offer the class at this late date or what was the latest date one could be offered. Craven said, “Chipola could not offer another lifeguard course as it would conflict with Chipola swimming lessons and Marianna Swim Team practice. There are other third-party contract trainers that could provide a course for Blue Springs.”

A motion by Commissioner Lockey was made to follow the staff recommendations to not open Blue Springs, to post signs and notify the media to announce its closing. Jim Peacock seconded the motion and it passed 4-0 with Commissioner Willie Spires not present to vote.