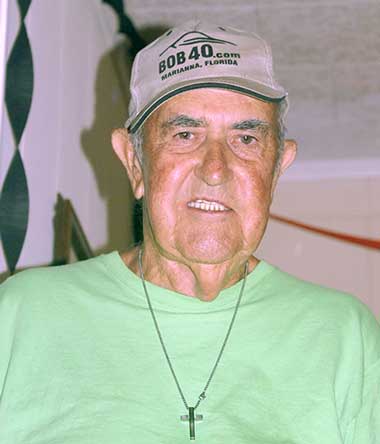 Worley Savage age 89 of Alford, Florida passed away on Thursday, January 9, 2020 at his home. He was born in Cleveland, Ohio on September 30, 1930 to the late James Edward Savage and Eartis Dishman Savage. Worley has been a resident of Alford, Fl for the past twenty years, coming from Knoxville, Tennessee.
Worley was a boilermaker and worked for Local 453 TVA. He enjoyed being outside, working with his hands, and loved spending time with his grandhcildren.
Worley was preceded in death by his parents; one son, Rick Savage; brothers, Dale Savage, Willard Savage, Walter Savage and Edward Savage; sisters, Francis Hubbs and Myrtle Hamilton.
He is survived by his loving wife of sixty years, Betty Savage; daughter, Melissa Savage; son, Charles Savage; one brother, Harvey Savage; sisters, Dorothy Collier (Robert), Nancy Farris (Jack), Charolette Gentry (Bruce), Joan Rutherford, and Virginia Shinliver. Worley is also survived by grandchildren, Mindy Savage, Ashley Savage, Katelyn Sutton, and Tia Tate; great-grandchildren, Weston Dillard, Kannon Dillard, Lucas Vierra, and Andy Savage.
A time of visitation will be held from 4:00 p.m. EST until 6:00 p.m. EST on Tuesday, January 14, 2020 at Weaver Funeral Home (5815 Western Ave, Knoxville, TN 37921). Funeral Services will begin at 6:00 p.m. EST.
Graveside services will be held at 10:00 a.m. EST on Wednesday, January 15, 2020 at the Lynch-Bethel Cemetery.
Marianna Chapel Funeral Home is in charge of local arrangements. Weaver Funeral Home is in charge of Knoxville, Tennessee arrangements.
Expressions of sympathy may be submitted on line at www.mariannachapelfh.com.