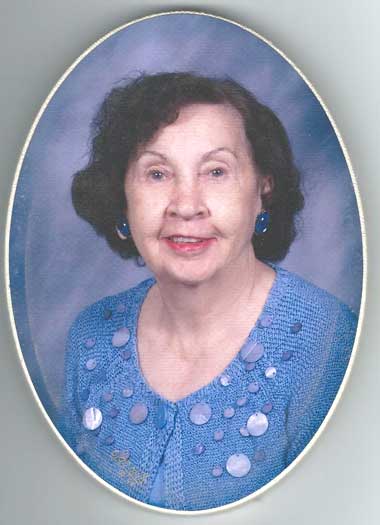 Virginia Lee Brown of Gravette, Arkansas passed away Monday, January 9, 2020 in Destin, Florida of natural causes.
Mrs. Brown was a member of Heritage Baptist Church in Gravette, Arkansas. She loved spending time with her husband riding horses and traveling together. She was a school teacher and also worked beside her husband in their textile business up until their retirement. They had summer homes in Marinna, Florida and Murrieta, California. After the passing of her husband in March of 2005, she remained in Gravette, Arkansas and then spent two and a half years in Destin, Florida at Somerby Assisting Living where she passed away.
Mrs. Brown was preceded in death by her husband of 57 years, John L. Brown and daughter Connie L. Brown.
Mrs. Brown is survived by two sons and one sister: Johnny L. Brown and his wife Sandy of Troy, Alabama; Dan M. Brown of Destin, Florida; Verna Moore of Van Buren, Arkansas. She had seven grandchildren and five great grandchildren.
A graveside service will be held at 1:00 p.m., Saturday, January 18th at Bethel Cemetery, Gravette.
Mrs. Brown will be laid to rest at Bethel Cemetery beside her husband, south of Gravette, Arkansas.
Arrangements are by Bella Vista Funeral Home & Crematory. Condolences may be expressed at www.funeralmation.com.