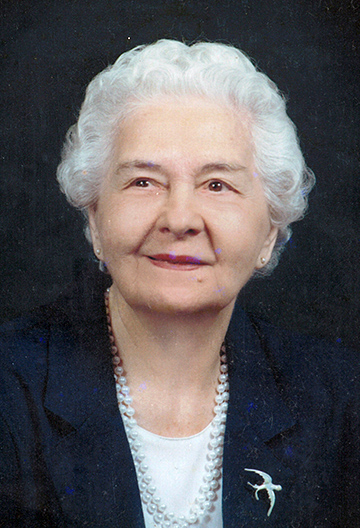 Sarah Bagget Smith. She was a beloved mother, sister, grandmother, aunt, and friend/neighbor.

She was born Sept. 30, 1920 in Washington County Georgia to Martin and Rosa Baggett.
She died Jan. 15, 2021. She was preceded in death by two brothers, 3 sisters, 1 niece, 2
nephews, and a grandson. She was the widow of William Godfrey Smith of Memphis,
Tennessee. They were married for 53 years. After his death, she relocated to Chipley, Florida in 1998. She married Elbert Davis of Dothan, Alabama in 2007. He died in 2010.

She retired from Methodist Hospital in Memphis after 15 years of service. She joined the
Hospital auxiliary at Northwest Community Hospital in Chipley in 1998 and was active until health issues forced her to give this up. She was also active in the Council on Aging in Washington County. She was a long time member of Calvary Episcopal Church in Memphis. She was a member of St. Matthews Episcopal Church in Chipley.

The funeral service will be Saturday, January 23 at 10:00 AM at St. Matthews Church.
Visitation will be one hour before the funeral at the Church. Ministers will be Chris and Vickie Patterson. Brown Funeral Home is in charge of the arrangements.

The family wishes to express their appreciation to the staff of St. Andrew’s Bay Nursing and Rehabilitation Center, in Panama City for the excellent and loving care given to Sarah for 8 years.

They also want to thank the nurses and staff at Covenant Hospice for their care. And a special thanks to Ms. Mary Swindell, and her family, especially Paul, Allen, and Diane.

Brown Funeral Home & Blue Lake Crematory of Chipley, FL is in charge of arrangements. Family and friends may sign the online register at www.brownfh.net