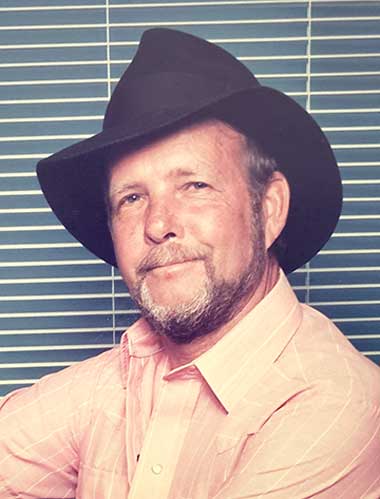 Millard Lee Gay, age 77 of Alford passed away on Sunday, March 15, 2020 at his home. He was a native of Jackson County, born in Round Lake on August 17, 1942 to the late William Lee Gay and Eva Jewel Hess. Millard spent time in Los Angles, California where he worked as a Die Caster. He then moved back to Alford, where he built many homes as a general contractor. Millard enjoyed carpentry, fishing and bird watching, but his greatest love was cooking, entertaining, and spending time with his family.
He was preceded in death by his parents, and his father, Author J. “Jr.” Mayo.
Millard is survived by his sons, Michael L. Gay (Linda) of New Braunfels, Texas and William Lee Gay of Alford, Florida; stepchildren, Darrell Williams Jr. of Round Lake, Florida, Stephanie Stephens (Eddie) of Knoxville, Tennessee, and Anita Lane Stewart (Kevin) of Pensacola, Florida; brothers, William Alfred Gay (Debra) of Alford, Florida, Eddie Fred Mayo of Alford, Florida, Jerry Gay (Glenda) of Georgia, and Billy Wayne Gay (Stephanie) of Alford, Florida; sisters, Erma Jo Hendrix (Willard) of Marianna, Florida, Janet Stokes of Panama City, Florida, Geraldine Powell of Alford, Florida, and Annette Braxton of Alford, Florida.
Millard is also survived by twelve grandchildren, eight great-grandchildren, and a host of family and friends.
Funeral Services will be held at 11:00 a.m. on Thursday, March 19, 2020 in the Marianna Chapel Funeral Home with his son William Lee Gay officiating. A time of visitation will be held from 6:00p.m. until 8:00 p.m. on Wednesday, March 18, 2020 in the Marianna Chapel Funeral Home.
Marianna Chapel Funeral Home is in charge of arrangements.
Expressions of sympathy may be submitted online at www.mariannchapelfh.com.