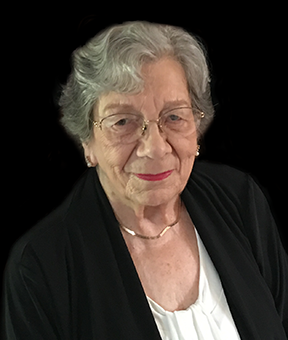 She was preceded in death by her loving husband of 67 years, David C. Franks; her parents, Wylie (Max) and Mirtle B. Couch; and brother, James R. Couch. She is survived by 11 devoted nieces and nephews and two sister-in-laws, Thelma Sharp and Evelyn Franks.
Maxine was born in Miami, FL, on March 12, 1931. After retiring as a bookkeeper, she and her husband moved to Cottondale, FL, in 1978, where she became a member of the First Baptist Church and volunteered at Jackson Hospital.

Family visitation will start at 9:00 a.m., and funeral services will follow at 10 a.m. on Wednesday, September 21, 2022, at the Marianna Chapel Funeral Home, with Reverend Jack Brock officiating. Following the service, interment will be at the First Baptist Church Cemetery, where she will be laid to rest next to her husband.

Maxine’s family wishes to extend their sincere appreciation to all who befriended her for so many years and demonstrated care and concern, especially Karen Gainer.

In lieu of flowers, memorial contributions may be made to the Cottondale First Baptist Church.

Condolences may be posted online at www.mariannachapelfh.com