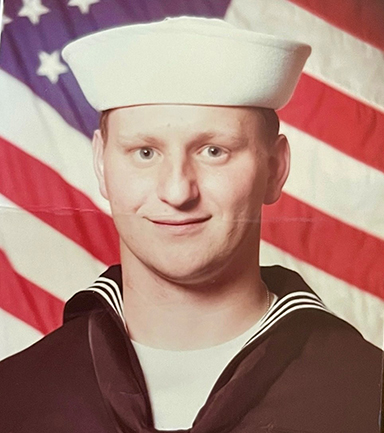 Chris was born to John and Margret (Annette) Clark on November 16th, 1960 in Atlanta, Georgia. After graduating high school, he served as a missionary in Chile, and then joined the U.S. Navy until 1989, whereafter he moved to Marianna, FL with his wife, Linda Jean Miller, and began work as a correctional officer for the FCI to raise his newborn twins. In 1998, Mr. Clark moved to Augusta, GA to pursue his career, and then to Ohio, where he retired after over 35 years of service. He moved back to Augusta in 2020 to enjoy his retirement, and it is during that time that he met Rosa John, his fiance` who he was to marry within the year.

He is remembered for his simple habits and easy-to-please nature. A long- time lover of sports, he loved nothing more than to sit down with a good meal and enjoy a game of baseball or football with his dog Chipper. He had a passion for fishing and golf, and quietly loved his family and fiance`. While he was a man of few words, he was a quick study. He had a brightness of mind and a sharp wit that always trickled into a conversation with perfect timing. He loved traveling to National Parks and going to the ocean, and always had a perfect map in his mind.

He is survived by his daughters, Christine Clark and Danielle Clark, his brother Jay Clark (Tiffany), his sisters Jill Shuler (Sammy) and Penny Clark, his fiance` Rosa John and her grandson Syriusz Ayala, and his many nieces and nephews. He was preceded in death by his father, John Lee Clark, and his mother, Margret Annette (Beverly) Clark.

A graveside service will be held at his place of interment at 11 a.m. on Thursday, October 13, 2022 in the Sink Creek Cemetery in Jackson County located off of Highway 71. Todd Wahlquist with Bevis Funeral Home (850-385-2193, www.bevisfh.com) is assisting the Clark family with their arrangements.