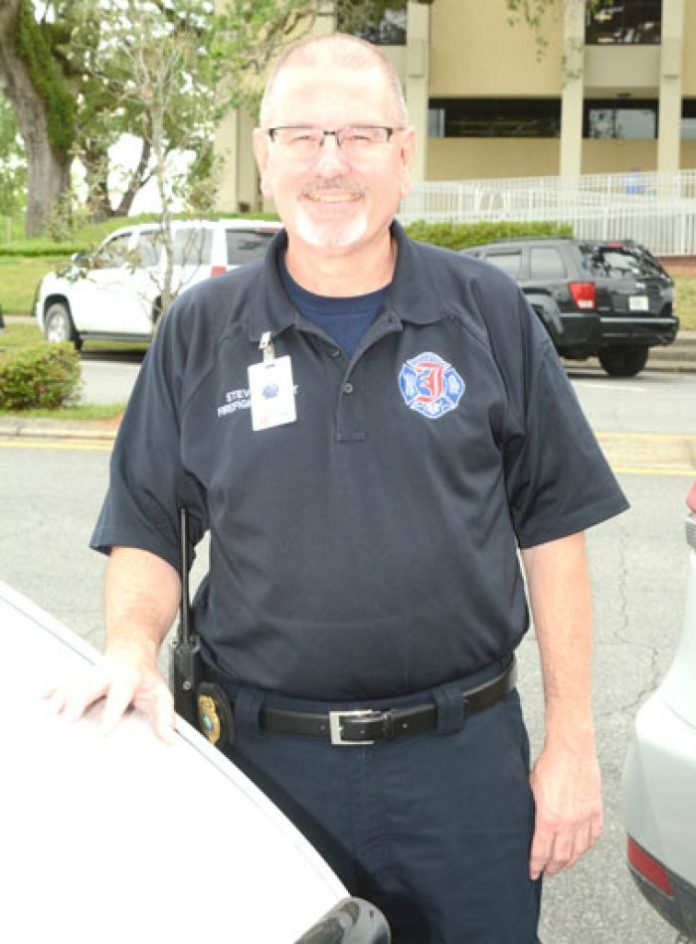 Jackson County Fire Chief Charlie Brunner wasted little time filling needed slots when he took over the department in January.  One position vacated with a change of structure within JCFR was the fire marshal’s position. Brunner says he felt this position was most critical for the safety of businesses, churches, schools both private and public and other public buildings within Jackson County.

Previously, the duties were incorporated with the assistant chief’s position but he resigned back in February of 2018.  Prior to Chief Scott Birge leaving in August, he had jurisdiction and could sign off as well. Brunner said, “The county is responsible for everything outside the city of Marianna, the unincorporated areas and the small municipalities that don’t have an organized fire inspector position. We do all of these smaller municipalities because if the cities don’t have one, it falls on the county.”

The Fire Marshal inspects all businesses, churches, and public buildings to make sure entrances and exits are clear of debris, fire extinguishers are currently up to date and properly filled as well as making sure there are no other hazards that may be lurking around that have not been detected.

Brunner named Steve Hall as the new Jackson County Fire Marshall. Hall began his employment with JCFR in 2012 as an EMT/Firefighter.  Hall attended EMT and Firefighter school at Chipola College.  He still holds his certification as an EMT/Firefighter although he has assumed the duties of Fire Marshall. About his duties, Hall says, “I am doing pre-fire inspections on the businesses and buildings here in the county. We are looking at basically exit signs, fire extinguishers, and sprinkler systems if they have sprinklers.”

Brunner said Hall will also be responsible for doing plan reviews for any renovations for new construction of commercial property in the county. When asked how that tied into the building inspector’s job, Hall said, “We look at the fire plan aspect of the building plans, they look at the construction end of it, plumbing, electrical and such. I look at the fire side of it, whether it be fire suppression, sprinklers, or alarm systems. I determine occupancy loads, if you have an assembly area, how many people can safely be put in that area.”

Hall is married to Melissa and they have one son, Ben Hall. Ben Hall is making it big in California as a cinematographer.