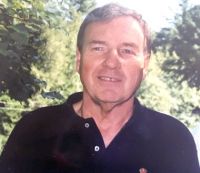 Jack Robert Brown, Jr. of Marianna, Florida passed away at the age of 83 on February 27, 2019 in Tallahassee, Florida.

Jack was born in Springfield, Missouri and moved to Marianna, Florida at the age of four. He graduated from Marianna High School in 1953 and excelled as a multi-sport athlete breaking both local and state records. After attending Marion Institute on a basketball scholarship, Jack graduated from the University of Alabama where he was a member of Sigma Alpha Epsilon Fraternity. He served in the Army at Fort Jackson, South Carolina for two years before moving back home to Marianna, Florida. While living in Marianna, Florida, he owned and operated the following businesses: Dr. Pepper Bottling Company, Hinson Realty, Oak Realty, Brown Appraisal, Title Services of North West Florida, and Marianna Title Services.