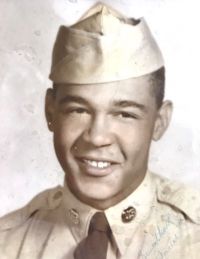 The body will (lie-in-state at the church) two hours prior to service.

Howard grew up in Washington County (Orange Hill Community).  He received his elementary and secondary education in the schools of Washington County.  Upon graduation, he matriculated to Florida A and M University.  Realizing there was a need for him by his country he enlisted in the U.S. Army.  He served for over 17 years with tours of duty in The Republic of South Korea and the Republic of Vietnam.  After, leaving the military he was employed as a Heavy Equipment Operator and a Brick Layer until his health declined.

He was united in holy matrimony to the love of his life, Maggie Rea Thomas, (who he affectionately called Mag) who departed this life April 1st, 2010.

He loved life and family.  There was nothing he would not do to assist any family member that called upon him.

He was preceded in death by his Sister, Anne Kathryn Davis and Nephew Rory Howard Davis.