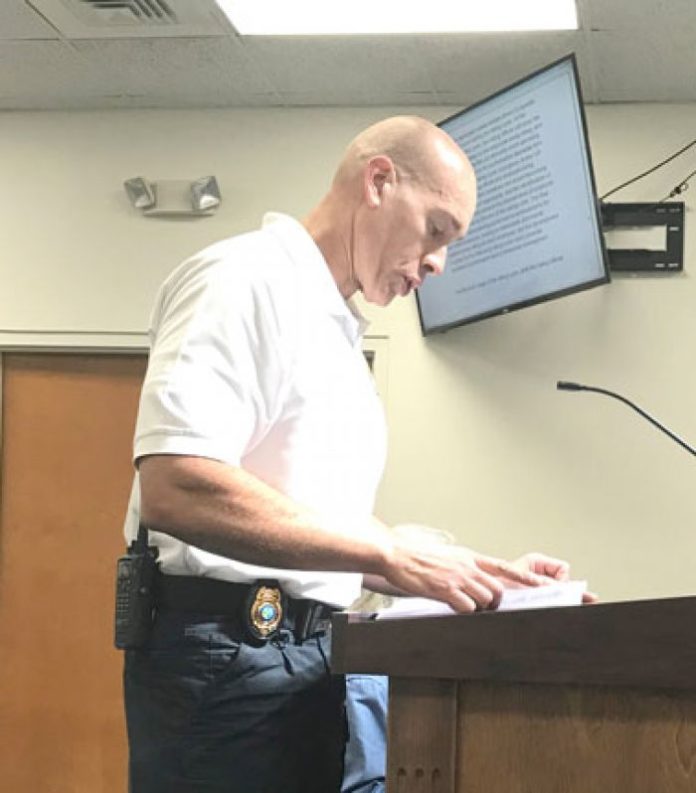 This past year Foreman was tapped to take over Jackson County Fire Rescue when Chief Scott Birge was relieved of his duties as chief. He completed that task and returned to solely being the jail administrator when Charlie Brunner was hired as JCFR Chief.

Foreman has taken a position at a private prison in Georgia. County Administrator Wilanne Daniels said Foreman said he was not looking for a job but they had his resume on file and out of the blue, he received a call and was sort of tapped for the job by the associate warden.

In making the announcement, Daniels said, “It is with great disappointment that I share with you that Chief Foreman will be leaving us to accept employment in Georgia.  While I am disappointed that our organization will no longer have Chief Foreman’s expertise, encouragement, and wisdom, I am extremely thankful for the time that the Chief has dedicated to our community.  I also cannot withhold my support as the Chief endeavors to better his family. I am thankful that the Chief demonstrated so many qualities to our staff, including team building, morale boosting, and valuing people. I am thankful that the Chief took the initiative to implement technology changes and upgrades at our correctional facility during his tenure that will leave us in a better place than we he came.  Some of these include: video visiting; commissary purchases; and soon to be on-line, a system that will hold correctional officers accountable for completing their hourly rounds.”

Daniels went on to say she appreciated all Foreman did above and beyond what his job specs called for, “ I am also thankful for the following initiatives that the Chief took on outside of the jail: employee evaluation development; 2017 Christmas party; County Administrator meet and greet in December 2018; lawsuit policy development; countless hours of consultation regarding personnel matters.  He has selflessly donated his wisdom and knowledge to our County, going above and beyond the requirements of his job description.”

In Foreman’s letter of resignation, Foreman said, “IT has been a pleasure working for you and the Jackson County Board of County Commissioners over the past two years. One of the highlights of my time here in Jackson County was collaborating with jail staff to modernize, automate, and enhance jail operations which benefited staff and inmates alike.   Furthermore, I truly appreciated the opportunity to lead the Fire Rescue department during my brief tenure as Interim Fire Chief.”

Daniels named Jammie Jeter as Interim jail administrator. Daniels said before advertising for the jail administrator position, she will meet with personnel and county commissioners to evaluate what they will be looking to see in the next applicant.