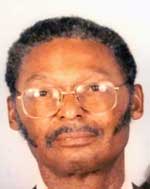 Mr. Hayward Daniels age 88 of Campbellton, FL passed away Monday August 10th Southeast Health Medical Center in Dothan, AL. A Graveside service will be held 11a.m. Thursday, August 20th at the St. Paul / New Bethel Cemetery located 5180 Hwy 273 Campbellton, FL with the Presiding Elder/ Pastor Oscar Massey officiating and with Mckinnie Funeral Home of Campbellton, FL directing. A public viewing will be held Wednesday August 19th from 5 to 8p.m. at the Shira Sr. & Chelcie Mckinnie Memorial Chapel at the funeral home. Mr. Hayward Daniels was the 9th child of James “Fred” Daniels and Carrie E. Wynn Daniels. Born on June 23rd, 1932 in Campbellton, FL after a twin sister, he grew up in Campbellton surrounded by 8 sisters and 1 brother. As a young man, he enlisted in the United States Army. His service earned him a Good Conduct Medal and a National Defense Service Medal before discharging in 1954. After returning home and finishing his education, he married his wife Foye Mae and built his home in Campbellton where he would reside the duration of his life. To their union was born a daughter, the late Lynette Rutledge. He was a hard-working man and a pillar in the Daniels family supporting their land and family. Before an early retirement, he worked in the wood-working industry and continued to manage the land of his homestead in Jackson County. Hayward was an active member of New Bethel CME Church in Campbellton, FL., for many years, He was an active member of the Trustee Board and the proud custodian of the first church bus and drink machine those items were his pride and joy. His faith in God was undeniable as he maintained his devotion to his church serving as a choir member over the years, and he believed in weekly fellowship in church service. Though his vision would fail over the years, he never let his disability deter him from making it to church to serve and praise the Lord. If you wanted to sing a song to the Lord, Hayward would lift his voice to sing with you. He is preceded in death by his parents, 10 siblings, and his daughter Lynette Rutledge. He leaves to honor his life and cherish his memory: Wife, Foye Mae Daniels; 3 children: Mary Alice (Quinton) Sorey, Willie Barkley, Arthur Daniels; 10 grand-children: Sherry (Kelvin) Lang, Jamar Sorey, Ryan Rutledge, Brittney Rutledge, and Justin (Porcsha) Rutledge, Arthur Daniels Jr., Nathaniel Daniels, Daniella Daniels, Jeremy Barkley, and Canbra Barkley; 3 great-grandchildren: Briana Simmons, Briasia Simmons, and Rayne Rutledge. As an uncle he raised two dear nieces Kathy Parrish and Starla Batson. He also leaves to cherish his memory a host of loving nieces, nephews, and cousins.