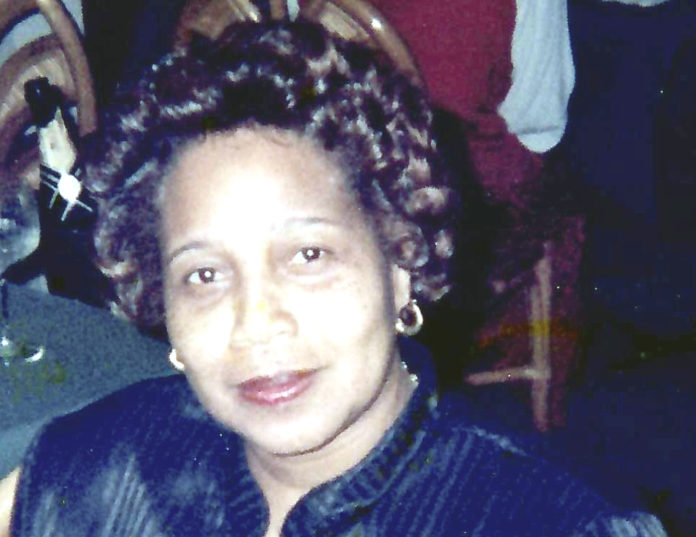 Mrs. Elnoria Starks Thompson age 73 of Dothan, AL passed away Wednesday, November 2nd in her residence surrounded by her loving family.
Funeral services will be held 1:00 p.m. Saturday, November 12th at St. Paul A. M. B. Church located 5180 Highway 273 Campbellton, FL with Reverend Melinda Smith officiating, interment will follow in the Church Cemetery with McKinnie Funeral Home of Campbellton, Florida directing.
A public viewing for family and friends will be held from 4 to 6 p.m. Friday November 11th at the Shira Sr. and Chelcie McKinnie Memorial Chapel located at 5304 Bowden Hill Road Campbellton, FL.
Elnoria Starks Thompson was born December 31 1948 to the late Will Starks and Gussie Mae Leonard. She was the 11 th child of 13 children.
She confessed Christ at an early age and joined Mt. Nebo Baptist Church. Later she joined the Paradise Baptist Church in Newark, NJ. She later moved back to Dothan, AL where she joined New Beginning Worship Center where she was a faithful member until her health began to fail.
She married Lilton Thompson and to this union two children were born.
She was preceded in death by her parents, Will Starks and Gussie Mae Leonard, son Gregory Thompson, two sisters and three brothers.
She leaves to cherish her memories, her husband Lilton Thompson, son Bernard Thompson, step daughter Ralisha, four granddaughters Chelsea, Nahtae, Tasanee, and Zakiyyah, two grandsons Chasa and Brandon, two great grandchildren, four sisters Willease of St. Petersburg, FL, Georgie, Betty and Gracy all of Brundidge, AL, one brother James of Newark, NJ, two sisters-in-law Mary of Arizona and Edna of Newark, NJ, and a host of nieces, nephews and friends.