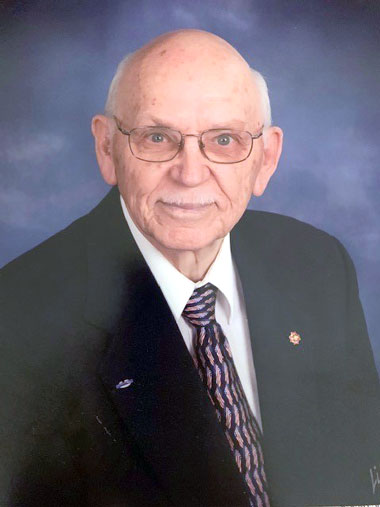 Edgar Lee Howell, Jr. passed away at home with family, on Wednesday, July 17, 2019. E.L. or Edgar as he was known, was 89 years old, having been born February 1, 1930. As he passed away, he was looking forward to Heaven’s Gates and joining his beloved Gerry, who preceded him in death seven years earlier (July 18, 2012). He was a fifth generation Floridian and the oldest of five children born to Edgar L. Howell, Sr. and Mary “Pearl” Peacock, both of whom preceded him in death. He was also preceded in death by his younger brother, Reverend Jack Howell.

He is survived by his daughter and son-in-law, Debra S. and Henry Mathews, of Lake Talquin; his son and daughter-in-law, Winston K. and Yvonne J. Howell, of Tallahassee; four grandchildren, Christopher M. (Julie) Howell, of Tampa, FL, Jessica L. (USAF Col. Jamie) Fernandez, of Chantilly Va., Nicholas Helms (Sarah) Howell, Sr., of Atlanta, Ga, and Hunter Jackson Howell (USAF Kirtland, NM). He also is survived by six great grandchildren; Callie and Luke Fernandez, of Chantilly, Va., Makenna and Alexandra Howell, of Tampa, FL, N. Helms Jr and Lewis J. Howell, of Atlanta. In addition, he is survived by his three sisters, Nell Gilley, of Sneads, Carolyn Morgan, of Tallahassee and Barbara Matthews (Eugene) of Dellwood; his sister-in-law, Dorothy Howell, of Sneads, as well as numerous other nieces and nephews.

In his family, he was the first born, the first to leave the farm, the first to enter the military and go to Korea (Army Infantry Veteran; 7th Division, 32 Regiment), first to go to college (compliments of GI Bill at Chipola), the first to settle in Marianna and the family’s Patriarch. He retired from the Post Office in 1995 and had previously worked at Sealtest Dairy until 1965. In addition, he had owned and ran several businesses in Marianna, including Ed’s Service Company & HVAC and Motel Sandusky (until 1980). He enjoyed the Marianna business community and his former involvement in the Kiwanis Club.

Everyone knew he could fix anything, build most anything, loved people, social gatherings, visiting and telling stories, was a man of character, was tenacious of purpose (proud of his Welsh Howell heritage), and had an opinion that was freely shared. Never afraid of hard work, he was committed to doing things the right way as well as doing it right the first time and tended to be a perfectionist (his wood working demonstrated this). But, his life’s work was devoted to his family and his faith, studying and growing in God’s word and encouraging others to do the same. His faith and his spiritual journey began at Trinity Baptist Church in the early 60s and continued until his passing. He was a faithful member at Trinity and with Gerry, had been in the choir for over 40 years, was a deacon for 51 years, named Deacon Emeritus in 2017 and taught Sunday School for almost 60 years. For the last 20 plus years, he was the teacher for The Men’s Sunday School class which was his enjoyment as he led, mentored, encouraged, socialized, recruited and lived life with his fellow classmates. He loved his daily men’s coffee bunch at Hardees, where relationships, story-telling and memories to last a life time, were built.

In lieu of flowers, the family requests memorial contributions be made to the building fund at Trinity Baptist Church, 3023 Bump Nose Road, Marianna, FL, 32446.