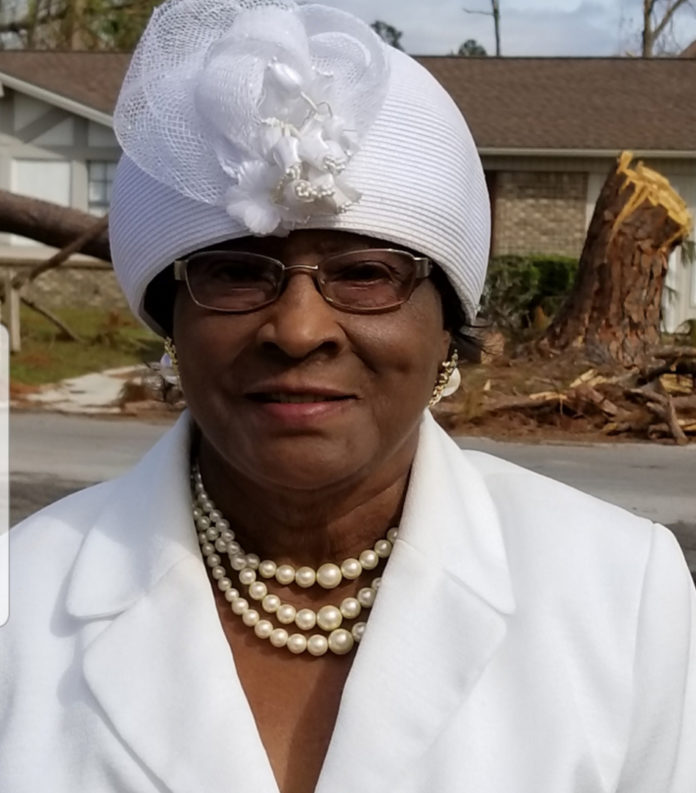 Deaconess Mollie Jackson Hawkins transitioned from this life to her eternal heavenly home to be with her Lord on June 17, 2022 at the age of 93.

Mollie Hawkins was born on March 18, 1929 in Clayton, Alabama to Ed Jackson and Eula Cole Jackson. At an early age, she accepted Christ as her Savior at Springhill Baptist Church and began a lifetime of Christian service. She received her early education and training at the Barbour County Training School where she was a good student and excelled on the girls basketball team. After graduation, she attended Tuskegee University where she majored in Nursing. Later she entered into Holy Matrimony with the dashing young airmen, Ulysses C. Hawkins. As a military spouse for over 20 years, they were stationed in all parts of the US. Whether in Alaska or Arizona; Maine or Florida she made each duty station a special home for her family. Together, Ulysses and Mollie raised five children, Ulyses, Linda, Lonnie, Christopher, and Debbie. Upon Sgt Hawkins’ retirement from service, the family settled in Lynn Haven, Florida and quickly became apart of the community. Mollie Hawkins joined Allen Chapel AME Church where she was an active and faithful member.