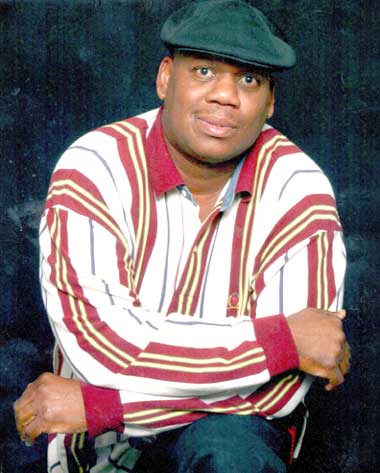 Mr. Ronnie Tyrone Brown, Sr. of Bascom and formerly of Marianna, entered into eternal rest on Monday, March 23rd at home surrounded by his family. He was 56 years old.
He was of the Baptist faith and a member of Bethel Star Missionary Baptist Church where he joined under the leadership of the late Rev. Lorenzo Brooks. He served faithfully as an usher, choir member, choir director and in the Brotherhood Ministry until his health failed. He also served at New Mt. Olive Missionary Baptist Church.
Tyrone spent ten years serving his country as a Sergeant in the United States Army. He served during the Desert Storm War. After his military career, he returned to Jackson County and worked at Unimac, Dozier School for Boys and Trinity Services where he served as Supervisor of the Commissary.
Tyrone never met a stranger and had an unforgettable personality. His love for people made him a joy to be around; he made everyone feel like they were a part of the family.
His precious memories will be forever cherished by his loving and devoted parents, Robert and Eva Pearl Brown of Marianna, Florida; two sons, Ronnie Tyrone Brown, Jr. (Geona) of Atlanta, Georgia and Joshua Brown (Denise) of Ft. Myers, Florida; two daughters, Tanallia Edwards (Ondrae) and Cassandra Fed (Terrance) both of Groveland, Florida; two sisters, Janice Brown of Marianna, Florida and Phyllis Brown of Kansa City, Missouri; one brother, Curtis Brown (Karen) of Orlando, Florida; four grandchildren that he loved and adored, Zendaya Brown, Jaida Edwards, Terrence Fed, Jr. and Caleb Fed; a special goddaughter, Miracle Cook; aunts and uncles, Clydia M. Howard of Pensacola, Florida, Sylvester Rhynes of Kansas City, Missouri, Ida McLemore (Macon) of Haines City, Florida, Rosetta Rhynes of Atlantic City, New Jersey, Carrie Rhynes of Rochester, New York, Essie Brown of Marianna, Florida, Mack Brown of Newark, New Jersey, Roosevelt Brwon, Ola Mae Chambers, Herley McNealy and Ossie Brown all of Brooklyn, New York; two special friends, Belinda Mack-Dines of Montclair, New Jersey and Alvin Massenburg of forks, Washington; an extra special friend, Denise Williams; and a host of sorrowing nieces, nephews, cousins and friends.
A viewing will be held Friday, April 3rd from 3-5p.m. at Peoples Funeral Home Chapel.
Tyrone’s life will be celebrated graveside on Saturday, April 4th at 11:00a.m. at Orange Hill Cemetery with Rev. Gregory Gathers, Rev. Favian Gammons, Rev. Freddie Roulhac and Rev. Wallace Godwin officiating. Interment will follow with arrangements entrusted to the Caring Staff at Peoples Funeral Home of Marianna.