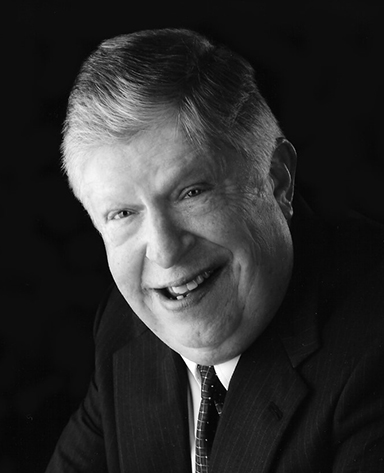 Park Monroe Trammell, Jr. was born September 15, 1942, in Marianna, FL, and grew up in Blountstown, FL. A fifth-generation Floridian from one of the state’s preeminent political families, he was predeceased by his parents, Park M. Trammell, Sr., and Marjorie Bevis Trammell, who operated Trammell’s Department Store in Blountstown for over 30 years.

Graduating from Blountstown High School in 1960, Park went on to earn degrees from Chipola College (AA), Florida State University (BA) and the University of Florida (MA). During high school and college he worked as a sportswriter and radio announcer. He was assistant sports editor of the Tallahassee Democrat under legendary Bill McGrotha and, before graduating from FSU, served briefly as the university’s interim sports information director.

After graduating from University of Florida, he began a 30-year career in public relations with Bell Telephone – working successively in Atlanta, Birmingham, New York City, Birmingham and Louisville, KY, before “retiring” to Florida in the mid-1990s. Back in Tallahassee, he first served as communications director of The Florida Bar, later as executive director of the Florida Supreme Court Historical Society, and then he worked part-time for the Leon County School District. He also worked as a communications consultant and an adjunct professor at Florida A&M University.

A member of Trinity United Methodist Church in Tallahassee, he actively served the church for a number of years in a variety of positions. A licensed “ham” radio operator for almost 60 years, he held leadership positions in the Barbershop Harmony Society, United Way, Muscular Dystrophy Association, Myasthenia Gravis Foundation, and public radio. He and Linda were longtime volunteers with Springtime Tallahassee. An accredited member of the Public Relations Society of America, in 1994 he became one of the first professionals in the Southeast to be elected to the PRSA College of Fellows. His passions included FSU football, the history of railroads, and travelling to new destinations.

Funeral services will be held Sunday, December 12th at 3:00p.m. at Trinity United Methodist Church, 120 West Park Avenue, Tallahassee. Florida. Visitation in the Trinity Chapel from 1:30-2:30p.m. In lieu of flowers memorial contributions may be made to the Ronald McDonald House Charities.

Susie Mozolic of Bevis Funeral Home is assisting the family with their arrangements. (www.bevisfh.com 850-385-2193)