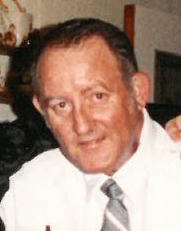 Norman is a native of Alabama born on October 6, 1938 to the late Lenson and Mattie Lou Mathis.

Norman served his country in the United States Army from 1959 to 1962.

He was preceded in death by his parents, wife, Dorothy Fay Mathis; infant son Robert

Norman is survived by two daughters, Debbie Ezell of Dothan, AL, and Kathy Crutchfield of

Chapel. Interment will follow in Clark Family Cemetery with military honors provided. The

Flowers will be accepted or you may make donations to the American Lung Association.

Expressions of sympathy may be submitted online at