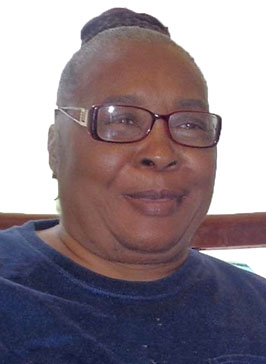 A public viewing will be held from 4 to 7 p.m. Friday, 25th at the funeral home.

Willie Mae Dixon (aka Gal) was born in Malone, FL on Dec 19, 1942 to Lela Mae and George Jackson. She was raised in a large and loving family. She accepted Jesus Christ as her personal savior at an early age.

After finishing high school Willie Mae met and married Jimmy Dixon and the two were together for more than 50 years. They moved to Miami where she worked for Miami Dade County as a home health care worker until her retirement.

She was an extraordinary mother of two daughters, LeShawn (Nanny Gal) Dixon and Shaura McKinney-Burse and a devoted grandmother of four.

Willie Mae LOVED sports and was a die-hard fan of the Miami Heat and Miami Dolphins, whether a good season or a bad season she was always there for her teams. She was also a huge Marvin Sease fan.

She was a straight shooter who said what she meant and meant what she said. On any given day you would find her watching her favorite TV channel and looking for a reason to laugh.