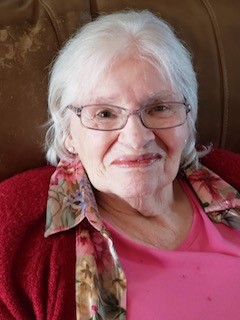 Mrs. Mary Nell was born August 29, 1939, in West Ridge, AR to the late James Edward Wilkins and Mamie Lois Ratliff Wilkins. She was a bus driver in South Florida with Okeechobee and Martin Counties before moving to the Graceville area in 1991. Mrs. Mary Nell was also a Certified Nursing Assistant. She not only was gifted in music by playing the mandolin and organ, she also had a gift of sewing and crocheting. Mrs. Mary Nell was an ordained minister in the Pentecostal church. In moving to Graceville, she became an active member of New Home Baptist Church.

Family will receive friends at the church Saturday, 1 p.m. until time of service.

Expressions of sympathy and remembrance can be made at www.jamesandlipford.com