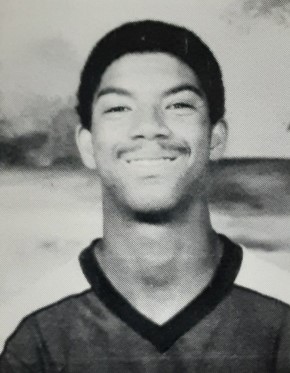 Bruce Allen Hartsfield transitioned peacefully to Eternity with JESUS on January 9, 2021.
He was born on March 26, 1964, and was the Shining Son of the late Allen and Maggie Hartsfield. He was adored by his late grandparents Frank and Louisa Hartsfield, and Buford and Mittie Goines. Bruce was a vital piece of a large, strong connected family of siblings.

During his 56 years on earth, his accomplishments are legendary. His larger-than-life personality caused him to be embraced by all that he encountered. His technical acumen was beyond explanation. He was gifted with the ability to dismantle and reassemble everything from radios and bicycles to automobile engines with amazing accuracy. He could take nonworking items and restore them to functionality. Although our souls are ridden with grief, we also embrace the joy Bruce brought to our family, our community and his friends.

Proverbs 18:24 states “A man that hath friends must show himself friendly and there is a friend that sticks closer than a brother.” Bruce was privileged with three close ones; Mr. Edison Clemons, Jazzie Hearns (JB) and Waymon Smith aka “CD.” His Constant Devoted care givers were his two nieces, Temeikca Bowers Jones and Teresa Adderson Pickens who supported his journey long term. We would like to thank JTRANS Transportation for the services they provided. We are also grateful to all medical staff that provided vital care.
He was preceded in death by his parents, grandparents, and three sisters: Susie Hartsfield Daniels, Mary Hartsfield Adderson and Alberta Mount.
Those of us that remain unite to cherish the lifelong memories he left behind. Bruce is survived by two sisters, Delois Hartsfield Bowers and Susie (Ralph) Oliver. Three Brothers, Cliff (Mary) Goines, Fred (Sandra) Trawick and Danny (Adrea) Jones. There are a host of nieces, nephews and friends whose lives were impacted by his.