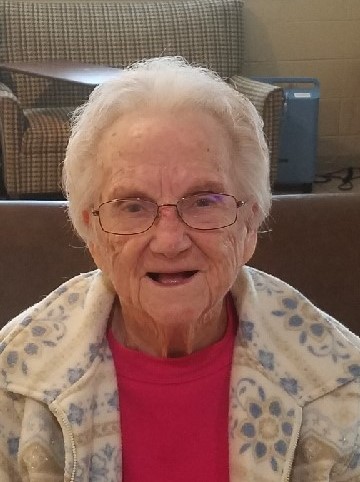 She was a native and lifelong resident of Jackson County, Florida, born September 7, 1922. She was a homemaker and worked in the cafeteria at Grand Ridge School and later retired as a Psychiatric Aide from Florida State Hospital. She was currently the oldest member of the congregation at Grand Ridge Baptist Church. Loretta enjoyed her church family, caring for her flowers, and cutting grass in her yard until recently. She never saw a plant or flower that she didn’t like and wanted one of each in her yard.

Funeral services for Loretta “Etta” Hamilton Poole will be 2 p.m. at the Grand Ridge Baptist Church on Saturday, June 19, 2021 with the Reverend Caron Harn officiating. Visitation will be at 1 p.m. central time until the time of service at the Church. Burial will follow in Carpenter Cemetery with Marianna Chapel Funeral Home directing.

In lieu of flowers, memorial contributions may be made to the Grand Ridge Baptist Church, 2093 Porter Ave. Grand Ridge, FL 32442.