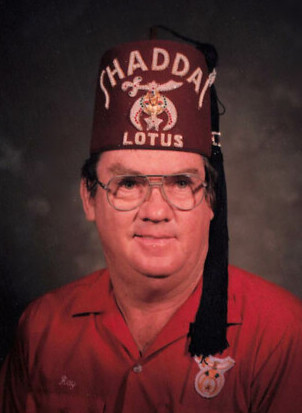 Ray was born May 19, 1941 in Pensacola, FL to the late Eulice Ray and Flora Brannum Lawrence. Ray had two loves in his life: first was his family and second being Ray’s Garage. As his wife, Charlotte, would say, “sometimes we weren’t always sure in which order”. Ray and Charlotte have owned and operated Ray’s Garage since 1974. He was determined to get the job done and get the job done right. He was dedicated to his profession for 60+ years. Customers became friends and friends became family. Ray was known around town as being a man you could count on. He loved a good joke and anything pertaining to working on cars.

Ray was a member of the Cottondale Masonic Lodge 206 for 44 years and a charter member with Shaddai Shrine of Panama City. He was passionate about helping others.

Ray’s professional career was surpassed only by his dedication to his family. He was a loving father, Papa and devoted husband. He lived to enjoy the moments with his family. Ray was an avid Nascar fan who loved the race. Ray enjoyed taking his grandkids to the Daytona 500 and creating memories with them that would last a lifetime.

He was preceded in death by his parents; sister, June Wynette McDaniel; and brother, William Edward Lawrence.

The family will receive friends from 9:30 a.m. until the time of service at Marianna Chapel Funeral Home.

A reception will follow the service with food and fellowship at Ray’s Garage in Marianna. All are welcome to join.