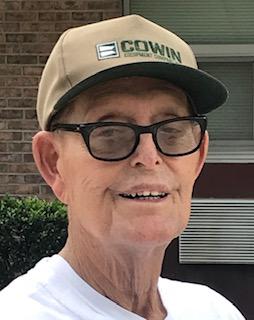 Junior C. Richards, 91, of Marianna passed away Wednesday, July 15, 2020 at Marianna Health and Rehabilitation and Nursing Center in Marianna, Florida.

He was born in the Lovedale Community, and lived his entire life in Jackson County. He was married to the love of his life, Polly Hunt Richards, for 63 years. He was retired from the International Union of Operating Engineers after 40 years of operating heavy equipment and well point systems. He was known for always wearing overalls. Many knew him as the Man in the red truck selling cantaloupes and watermelons. His hobby was fishing, known to go fishing five times a week if possible.

Due to the ongoing concern regarding the COVID-19 pandemic, a private family graveside funeral will be at Greenwood Baptist Cemetery with Rev. Steve Canada and Bill Stephens officiating and James & Sikes Funeral Home Maddox Chapel directing.