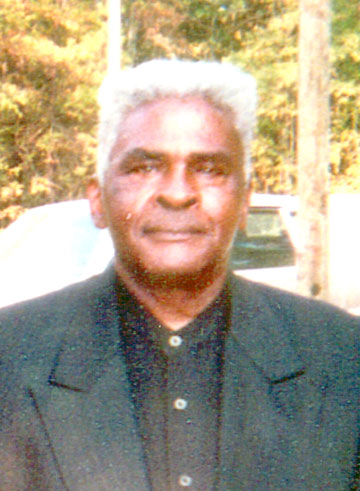 Mr. John Speights of Marianna, Florida entered into eternal rest on Friday, March 5th, at Flowers Hospital in Dothan. He was 97 years old.
A native of Jackson County, he was of the Baptist faith and a member of St. John Missionary Baptist Church where he served as a Deacon and faithfully in his works for the Lord.
He served his country with United States Army and was a Veteran of WWII. After receiving an Honorable Discharge, he returned home and gained employment at Florida State Hospital and worked as a Ward Supervisor before retiring.
He leaves treasured memories with two sons, Morris Bowden of Bainbridge, Georgia and Myers McCray, Sr. of Royal ,Palm Beach, Florida; special niece and caregiver, Mildred Holden and husband Clarence, Sr. of Marianna, Florida; one brother, Henderson Speights of Marianna, Florida’ three sisters-in-law, Louise Speights, Nettie Speights both of Marianna, Florida and Bettie Speights of North Carolina; and a host of nieces, nephews, great nieces, great nephews, cousins, other relatives and friends.
A public viewing will be held Friday, March 12th from 3-6p.m. at Peoples Funeral Home Chapel.
A homegoing celebration will be held graveside Saturday, March 13th at 12 noon at St. John Missionary Baptist Church Cemetery, located at 3903 Missouri Road, Marianna, with Pastor Alonzo Wilburn, Rev. Adrian Staley, Rev. Michael McClendon and Dea. Edward Cotton officiating. Interment will follow with arrangements entrusted to the Caring Staff at Peoples Funeral Home of Marianna.