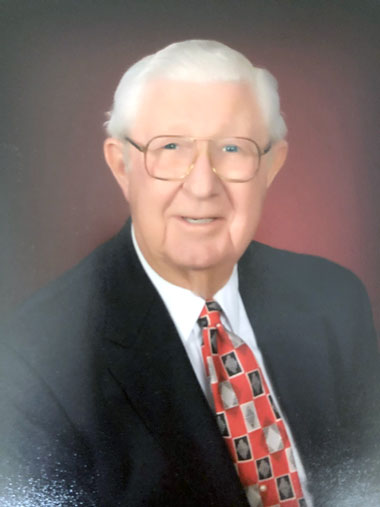 Jim was born February 13, 1930 in Donalsonville, GA to the late James Mosely “Tiny” Roberts and Marion B. Roberts. He has called Marianna home since 1956, where he has served the community on numerous boards through the years. He is a past president of the Rotary Club, past chairman of the Jackson Hospital Board of Trustees, and a board member of the Chipola Regional Arts Association. Jim was also a Distinguished Citizen with the Boy Scouts, a member of the Mark Out Coffee Club, he was chairman and served in many other capacities of the First United Methodist Church Administrative Board and also served as the Chairman of the First United Methodist District Building and Properties. He served in the Korean War as 1st Lieutenant Company Commander and was the founder of Jim Roberts Realty.

The family will receive friends 5 to 7 p.m. Monday, July 8, 2019 in the Wesley Center at The First United Methodist Church of Marianna.