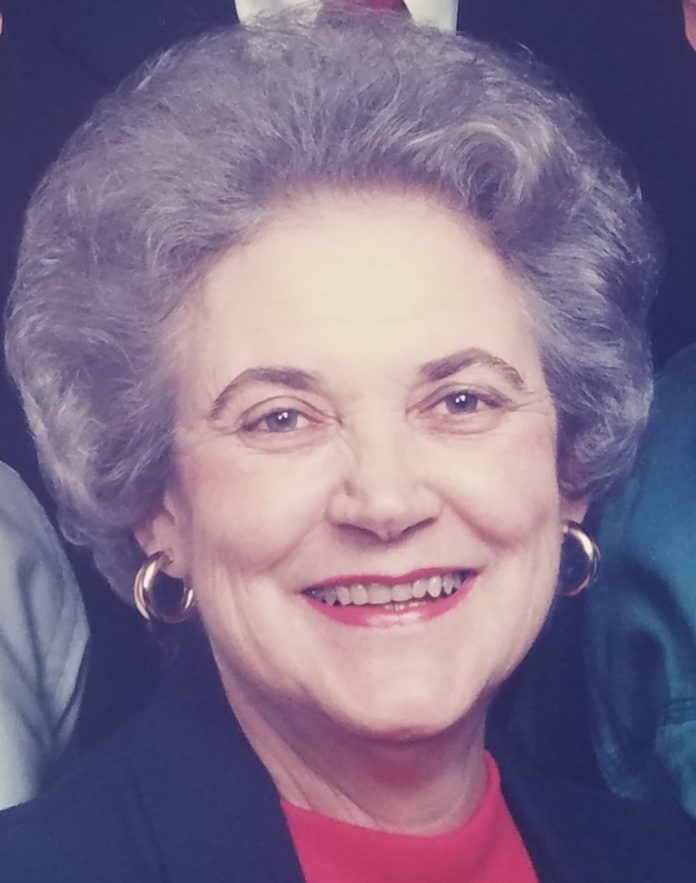 After graduating from Gadsden County High School in 1950, Mrs. Nelson attended Florida Southern College in Lakeland, Florida where she became a member of Alpha Delta Pi sorority. She then moved to Washington D.C. where she worked for the Federal Bureau of Investigation (F.B.I.) for about 3 years. After moving back to Quincy from Washington, Mrs. Nelson worked with Talquin Electric Cooperative during the latter half of the 1950s. During that time, and through the beginning of the 1960s when she relocated to Marianna, she was pianist in the Harry Shepard Band, performing at the old Graham air base in Marianna in the late 50s, and in other locations. After marrying Lawrence “Larry” Nelson February 1, 1963, the couple resided in Marianna, where they raised their two sons. Mrs. Nelson remained there after the death of her beloved husband in 2014, to the time of her death.

Mrs. Nelson was a highly accomplished classical pianist, and an excellent organist. She had a long history of teaching piano privately with hundreds of students over almost 4 decades, hosting recitals, and performing from time to time as part of orchestral and choral events; a favorite was Handel’s Messiah. From an early age it was evident that she was very talented musically, including her years in high school band as bassoonist. Those who knew her remember her remarkable sight-reading and ability to perform long and complex back-to-back piano compositions from memory. Mrs. Nelson was a loyal member of her church choir over many years, alongside her husband Larry who served as choir director. In addition to her private piano teaching, Mrs. Nelson taught piano as part of the adjunct faculty at Chipola College for a period during the 1980s. Mrs. Nelson was a voracious reader, with a tremendous knowledge of history and various topics, and in her prime she was well known for her exceptional mind and insatiable curiosity. Above all, Mrs. Nelson loved God and her family, and she was a source of wisdom and inspiration for her sons, and others who knew her well. She will be greatly missed.

In lieu of flowers, the family requests that contributions be made to the First Presbyterian Church of Marianna, Florida.

A memorial service will be held at First Presbyterian Church in Marianna, Florida on Sunday, September 26 at 1:30 P.M. Central Time, followed by inurnment in the columbarium located at the church. For the safety of all, the family requests that visitors wear masks and observe social distancing. James & Sikes Funeral Home Maddox Chapel in charge of arrangements.

“… I am but waiting for you. For an interval. Somewhere. Very near. Just around the corner. All is well.” (From “Death is Nothing at All” by Henry Scott Holland).