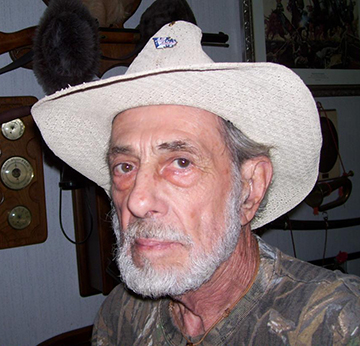 George Matthew (“Matt”) Brown, 82, of Sneads, Florida died on July 6, 2020 at Jackson County Hospital with his brother Bill, close friends, and loving family by his side.  Matt will be remembered as an authentic, strong, loving person and a true patriot.

Matt was born August 25, 1937 in Norfolk, Virginia to Cleo Myrle Brown and George Merrill Brown.  At the hospital he was known as “The Champ” to the nurses.  George was career Navy and when Matt was about age 3, the family transferred to the Jacksonville, Florida area.  During a visit, the Navy Chaplin asked Matt what he wanted to do when he grew up.  Matt replied “I want to be a Navy Chief like my dad so I can drink beer.”  It is rumored that Cleo fainted.

George retired with 32 years’ service in 1951 and the family settled in Ocala.  Matt received primary education at Ocala High School where he was an outstanding swimmer and a member of the football team.

In 1955 Matt moved from the Naval Reserve to Regular Navy and commenced Boot Camp in Bainbridge, Maryland.  After initial familiarization and training aboard the USS New Jersey (BB-62) he attended ENGINEMAN Class “A” School in Great Lakes, Illinois and received formal training in diesel engine maintenance and repair.

Upon completion of school he was assigned to the flagship of the Sixth Fleet operating in Mediterranean Sea.  He volunteered for submarine duty and eventually served on the USS Diablo (SS-479) and the USS Toro (SS-422).

With his six year military obligation complete, Matt settled into life in the Southern California area where he worked a 30+ year career for Southwestern Bell.  Following a medical retirement, he relocated to Northwest Florida and settled in the Sneads area of Jackson County.  As an avid outdoorsman, he enjoyed hunting and fishing.

Matt faced each day with focus, intent, clarity and tenacity. Always fully present and engaged, he was determined to achieve positive results, not only for himself, but also for others.  His generous spirit had no bounds.  Always willing to help, he was a friend to many and was fiercely loyal.

Matt was preceded in death by his parents and his sister, Sara Ann Brown.