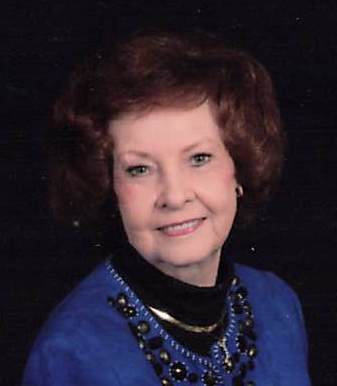 Frances White Murray, age 87, born August 23, 1933 in Hazel, KY passed away Friday, August 6, 2021 surrounded by her loving family. She was a resident of Jacksonville, Florida from 1977 until 2018. She moved to Marianna with her husband, Rev. A. Darrel Murray to live with their son, Michael and daughter-in-law, Shelley.

She served in churches with her husband working in the church office and often leading music from 1960 until 2016 in Jacksonville, Ft. Lauderdale, Gainesville and Largo. Fran Murray served at the Florida Baptist Convention for two Executive Directors as their assistants for over 25 years. She was a graduate of Campbellsville College and Southwestern Baptist Theological Seminary.

She loved music, helping organize church events, dinners, word search puzzles, and especially her children and grandchildren. She was loved by many and will be dearly missed.

She is preceded in death by her husband, A. Darrel Murray; parents, Layman and Naomi White; brother, James White of Murray, KY; sister, Betty Dale of Hazel, KY and daughter, Deborah Lynn.

The family will receive friends one hour prior to services at Marianna Chapel Funeral Home.