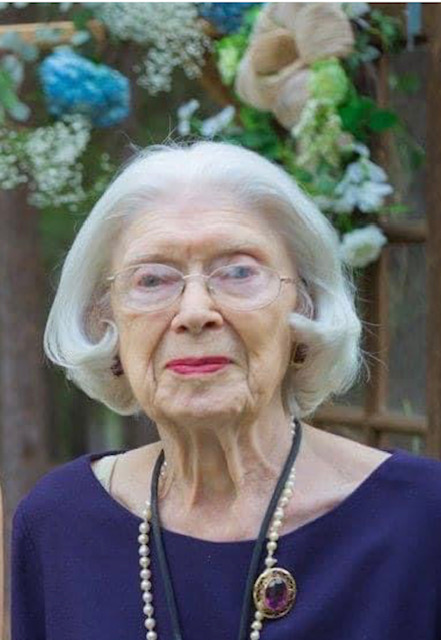 Frances was born February 4, 1925, in Concord, North Carolina to Mable and James Bruton. She lived a good portion of her childhood with her paternal grandmother, Minnie Bruton. Frances graduated high school and went on to college at Oglethorpe University in Atlanta where she was elected “Miss Oglethorpe” her freshman year. In 1948, at the age of 23, she married the love of her life, Carl Cooper Sims, II in Atlanta, GA. They were married for 55 years until his death in 2003. Frances traveled the world with Carl’s career in the Army before retiring as a Major in the Military Police. They lived in Houston, Texas, Paris, France, and Germany where their son, Shannon, was born in 1951. Frances was a wonderful loving mother and always made sure Shannon knew he was her “pride and joy”. Frances volunteered as a “Grey Lady” in the hospitals during World War II where she sat with, talked with, cried with and cared for men coming back injured from war. Frances and Carl lived many years in Bethesda, Maryland after Carl’s retirement from the Army in 1960. Frances worked 30 years in the banking business, in Bethesda, at Maryland National Bank, which is now Bank of America, which fostered her love and hobby of coin collecting. Carl and Frances moved to Marianna, Florida in 2003 to be closer to family.

Frances had a full life with many wonderful stories from her life and travels as an Army wife, that she could sharply recall, even at 97. She loved people and one of her greatest attributes was her thoughtfulness and kindness that was shown to her family and others along with her quick wit.

Frances was part of the tight knit Camelia Acres neighborhood, where they would watch out for and help each other. She was a good neighbor, and her neighbors were good to her, especially Larry and Laurie.