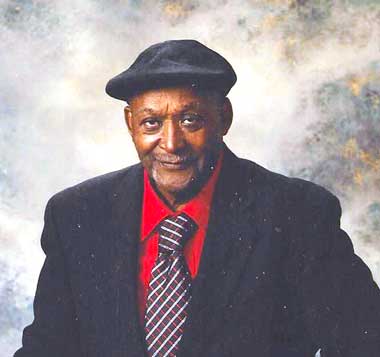 Mr. Elijah Daniels age 88 of Campbellton, FL passed away Sunday, April 19th, at Signature Healthcare of North Florida in Graceville, FL.
Graveside funeral service will be 2 p.m. Wednesday April 22th at Holyneck M. B. Cemetery located at 3395 Cemetery Lane Campbellton, FL with Reverend’s Richard Peterson, Sr., Earnestine Daniels, James Dickson and Prophet Willie Clark officiating, with McKinnie Funeral Home of Campbellton, FL directing.
A public viewing will be held from 3 to 6 p. m. Today, April 21st at the Shira Sr. and Chelcie Memorial Chapel located at 5304 Bowden Hill Road Campbellton, FL.
Elijah Daniels was the second child born to the late Henry L. Daniels and the late Mary H. Daniels in Jackson County Florida on September 20, 1931.
He confessed Christ at an early age and joined Friendship CME Church where he served as a steward. He later joined Holyneck missionary Baptist Church where he was a faithful member until his health began to fail.
He was a man who wore many hats. He worked at the saw mill, peanut mill and as a construction worker just to name a few. If “work” mentioned, he was ready go.
He loved people and enjoyed interacting with them. He also enjoyed gardening.
He was preceded in death by his parents, one brother and two sons.
He leaves to cherish his memory, his loving wife: Emma Daniels; three children: Mary Blue (Kelly), Jonathan Daniels, and Silvyetta Daniels; three grandchildren: Kelvin B. Daniels (Lashonda) who he raised as his own, Deriek A. Daniels, and Christopher Daniels; One brother-in-law: Harry McCallister (Eula), and a host of nieces, nephews, cousins, other relatives and friends.