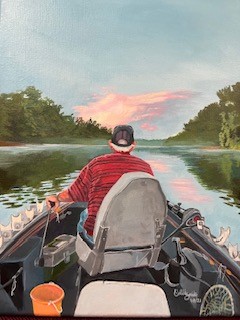 Dewitt Scott, 74 of Slocomb, Alabama passed away Wednesday, December 14, 2022, at his residence following an extended illness.

Dewitt was born in Blue Springs, Alabama on January 10, 1948, to the late Oren and Lillie Belle Griggs Scott. A 1966 graduate of Poplar Springs High School, Dewitt graduated from Chipola College and then he received a BS from the University of West Florida. He married the love of his life, Brenda on August 29, 1970, and began his career as a math teacher at Cottonwood High School and at Malone High School. Dewitt was always very involved with FFA not only in his school days but in the days when he taught in high school. After teaching for a few years, he then worked with Sony Corporation for over 20 years until their closure. He wasn’t satisfied with retirement, so he went to work with Barber Fertilizer until he retired just in the last few weeks. Dewitt was known for making the best biscuits not only for the Men’s Brotherhood Breakfast at his church but also on any special occasion and he enjoyed teaching how to make a good biscuit. Not only was he known for his biscuits but the best pepper sauce around! All who knew Dewitt knew he loved fishing and would go every chance he could. He was a longtime member of Pleasant Grove Methodist Church.

He is survived by his beloved wife of 52 years Brenda Watson Scott, one sister Rose Johnson and husband Novie, several nieces and nephews.