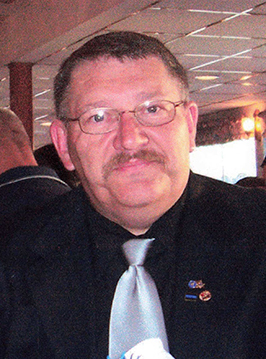 Dan Kennedy Hodges age 64 of Cottondale, Florida passed away on Friday, June 18, 2021 at Jackson Hospital. He was born in Phenix City, Alabama on September 27, 1956. Dan graduated with honors from Cottondale High School in 1974. He excelled in sports and played some semi pro football. After graduation, he signed up for the United States Navy and began a 22-year career that would take him to all parts of the world. He started out as a corpsman, working his way through the ranks, he became a torpedoman on nuclear submarines and retired as a Chief Petty Officer (E-7). During this time, he served on the USS Dace (SSN-607), USS City of Corpus Christi, and the USS Kamehameha (SSBN-642). While stationed in Pensacola, Dan became an officer for Pensacola Police Department, which began his love for law enforcement. After retirement, Dan went back to law enforcement school and became an officer for Marianna Police Department where he retired as Lieutenant after 10 years of service. He was a lifetime member of VFW Post 12046, a deacon at Faith Community South Church in Cottondale, Florida, and a diehard ALABAMA fan. Dan had many hobbies that he enjoyed which included golfing, riding motorcycles, watching Alabama Football, collecting guns, gardening, spending time with family friends, and his canine companions.

He was preceded in death by his father, Dan Chris Hodges and stepfather, Jimmy Hughes; one sister, Maggie Doris Hodges, and son-in-law, Travis Hamm.

Funeral services for Dan will be held at 3:00 P.M, on Thursday, June 24, 2021 at the First Baptist Church of Cottondale with Dr. John Vennell officiating and military honors. Visitation will be held from 1:00 P.M. until 3:00 P.M. at the church.

Condolences can be submitted at mcalpinfuneralhome.com.

Arrangements are entrusted to the caring staff of McAlpin Funeral Home.