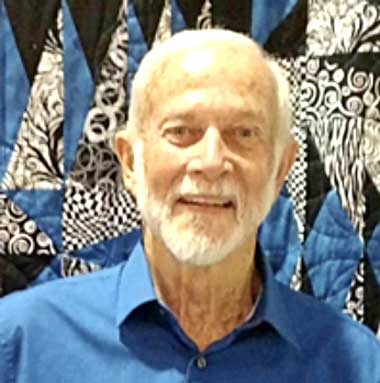 Charles Wayne Davis, 83, passed away Friday, December 20, 2019 at his home in Waycross, Georgia after a courageous battle with cancer. He was born on November 11, 1936 to Ralph and Lucile Davis in Greenwood, Florida and was raised in Marianna, Florida as the second of four children. He graduated from Marianna High School in 1954. Upon graduation from high school, Charles enlisted in the United States Navy. During his enlistment he served as an electrician’s mate aboard the USS Hornet while on active duty in the Pacific during and after the Korean War.
Following his honorable discharge from the United State Navy, Charles attended Florida State University where he graduated with a degree in business and accounting. Following his graduation from FSU, Charles worked with Arthur Anderson and Co. in Atlanta, Georgia and Lockheed Georgia in Marietta, Georgia. Changing fields, he pursued degrees in English and Instructional Leadership and eventually received his PhD from Georgia State University.
This led Dr. Davis to a long tenure of college teaching and administration at Dekalb Community College in Atlanta, where he taught numerous English and Humanities courses and also served as Division Head in that department for many years. During this time, he met and married his beloved wife of 42 years, Adela. Upon his departure from Dekalb College in 1985 and after the birth of their three children, Charles and Adela moved to Tallahassee, Florida, where he returned to the accounting field with the State of Florida.
His love of educating others led him to return to college teaching at Waycross College in 1989, where his role as English and Humanities Professor allowed him to be actively involved in a career and professional activities that touched the lives of many until his full retirement in 2000.
He was a charter member of Kiwanis Club, served as a Boy Scout of America leader during his son’s growing up years, and was an active member of Trinity United Methodist Church. At Trinity, he was a member of the Covenant Sunday School Class and served on numerous committees throughout the years.
Charles enjoyed the simple pleasures of life. He loved being outdoors, traveling, working in his yard, and being with his children, his grandchildren, and his family and friends. Charles seemed content in all that he did and brought his sense of contentment and peace to those around him.
Charles Wayne Davis is survived by his wife Adela; daughter, Lydia Davis Spitzer, Mobile, AL; son Cameron Blake Davis (Tara) of Decatur, GA; daughter, Anna Catherine Davis, Chattanooga, TN; grandchildren, Ethan Davis Spitzer and Claire and Madeleine Davis; sisters, Edith Whidden of Marianna, FL and Vivian Davis of New Orleans, LA. He is also survived by many extended family members who will miss him dearly. Charles is preceded in death by his parents and a brother “Bill” Davis.
Funeral services will be held on Saturday, December 28, 2019, at 2 pm at the Miles-Odum Funeral Home Chapel with the family receiving visitors from 1 until 1:45 pm preceding the service. Burial will follow the service at Oakland Cemetery in Waycross.
Memorial donations may be made to Trinity United Methodist Church, 1005 Church Street, Waycross, Georgia 31501 or Hospice Satilla of Waycross, 808 Evergreen Way, Waycross, GA 31501.
Sympathy may be expressed online at www.milesodumfuneralhome.com.
Miles-Odum Funeral Home is in charge of the arrangements.