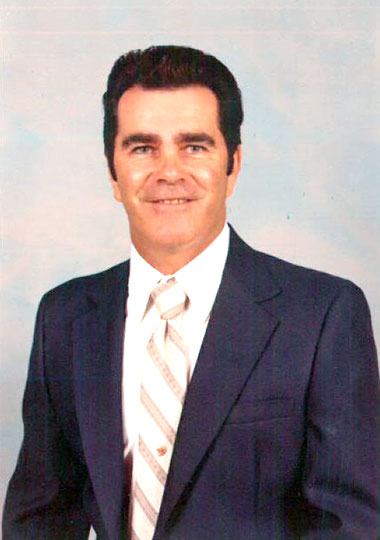 Bill Whidden age 86 of Marianna died November 10, 2019 at Marianna Health and Rehab Center after an extended illness. He was born in Washington D.C. on October 5, 1933. Bill grew up in Virginia and began his career at Ft. Belvoir, VA in vehicle maintenance before moving to Florida, where he worked for Lee County as the Vehicle Maintenance Director for several years. After moving to Marianna in 1983, he worked for UNIMAC before retiring. Bill loved indulging his pets. He enjoyed mechanic work, flying his own plane, and traveling in their motorhome; having managed to visit forty of the contiguous United States, plus Mexico and Canada.
Bill was preceded in death by his parents, Horace and Elizabeth Whidden; one brother, Richard Whidden; one son, Bill Jr.; one daughter, Elizabeth Downes; four grandchildren, Thomas Jones, Ricky Whidden, Amanda Whidden, and Brandon Whidden.
Bill is survived by his wife, Edith of fifty-one years; two daughters, Dawn Hill (David) of Collinwood, TN, and Della Griebel (Darry) of Ft. Myers, FL; three sons, Ted Whidden of Savannah, TN, Richard Whidden of Savannah, TN, and Andrew Whidden of Marianna, FL. He is also survived by twelve grandchildren, seven great-grandchildren, three nieces, and one nephew.
A time of visitation will be held at 1:00 p.m. on Tuesday, November 12, 2019 at the First United Methodist Church Wesley Center. A memorial service will follow in the sanctuary at 2:00 p.m.
In lieu of flowers, the family is requesting donations be made to the First United Methodist Church Building Fund (2901 Caledonia St, Marianna, FL 32446) or Emerald Coast Hospice of Marianna (3015 Jefferson St, Marianna, FL 32446)
The family wishes to express a special thanks to the staff at Marianna Health and Rehab – South Unit, for their exceptional care and concern for Bill.
Marianna Chapel Funeral Home is in charge of arrangements.
Expressions of sympathy may be submitted online at www.mariannachapelfh.com.