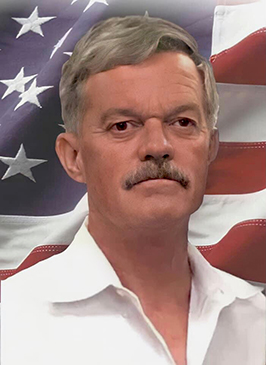 Philbert Chalker Suggs affectionately known as Phil age 66 of Greenwood, Florida passed away on Wednesday, June 16, 2021 at Select Specialty Hospital in Panama City, Florida. He was born on September 24, 1954 in Marianna, Florida and was a member of Trinity Baptist Church. Phil proudly served his country for more than twenty years in the United States Army National Guard. He served with the 144th Transport Company in Operation Desert Storm and Operation Iraqi Freedom as a Transport Sergeant. Phil loved nature and had many hobbies that included canoeing the Chipola River, snorkeling many different springs, looking for arrowheads and other Indian artifacts, and spending time at his cabin in Alabama that he built.

He was preceded in death by his parents, Chalker William Suggs and Alberta Harrison Suggs; wife, Christie Suggs.

A memorial service will be held at 11:00 A.M. CST on Saturday, June 19, 2021 in the McAlpin Funeral Home chapel with military honors.

Condolences can be submitted at mcalpinfuneralhome.com.