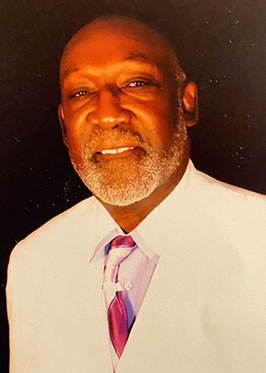 In humble submission to the will of God, we respectfully announce the heavenly transition of Rev. James Edward Johns on June 9, 2021 in the Bay Medical Center of Panama City, Florida. Affectionately known as PawPaw or Uncle James, he left an impressionable mark on everyone he met. His hearty laugh and delightful humor kept everyone smiling.

The world received the blessing of James Edward Johns on April 13, 1947, as the seventh child of Horace Johns and Irene Harris in Bellwood, Alabama. His family moved to Washington County and settled in Caryville in 1958. He met the love of his life, Willie Mae Mingo, at an early age; becoming friends that would later blossom into a relationship to which they formed a lifelong union. United in Holy Matrimony on June 6, 1970, they were blessed to celebrate 51 wonderful years together. To this union four children were raised in a loving & God-fearing home: Anthony Bernard Johns, Raymond Johns, Tonya La’Faye Johns, & Yolanda Rena Johns-Meekins.

Rev. Johns attended St. Mary Elementary & Middle school and then attended Roulhac High School. In 1967 he enlisted in the United States Army and served his country honorably. He served a tour in Vietnam and would later choose to end his service and received a honorable discharge in 1969. Seeing the value in receiving an education, he went back to school and graduated from the Washington Holmes Vocational Center in Chipley, Florida. Professionally he worked in the pulpwood logging industry for more than 20 years.

Rev. Johns was called into the ministry September 11, 1976. He served under the tutelage of Rev. J.W. Broxton. He went on to finish his bachelor’s degree of Theology from Gulf Coast Seminary in April of 1988. He pastored St. Matthews Missionary Baptist Church in Caryville, Florida and the Orange Hill Missionary Baptist Church in Chipley, Florida for more than 30 years. Earlier in 2021 due to his declining health, Rev. Johns retired from the ministry. In his retirement he quoted Ecclesiastes 3:1 “To everything there is a season, and a time to every purpose under the heaven.”
Known for his community service, Rev. Johns was active with mentoring youth, starting several summer programs. He organized a community outreach project of cleaning St. Mary’s Rd and rallied to reopen the local park when it had been closed. He donated and helped feed the homeless as well as the elderly community. Rev. Johns was a mentor to many of the youth in the community and often would open heartedly and informally adopt more children; reaching out on holidays to check in, just to ensure his babies were doing ok. He was an amazing cook and hunter who enjoyed family gatherings. Rev. Johns was a member of the Independent Pallbearers, Christian Band of Benevolence and as Pastor was affiliated with the Second West Baptist Association.

A Public Walk-Through Viewing will be held on Friday, June 18, 2021from 12-7 PM CST at the Cooper Funeral Home Chapel of Chipley, Florida. A Service of Celebration will be held 11 AM CST, Saturday, June 19, 2021, from the sanctuary of the Yes Lord Deliverance Ministries, Inc of Chipley, Florida with Elder Tony Howard, Min. James M. Johns, Rev. Dr. Rufus Woods, and Rev. Delwynn G. Williams, providing the ministry of comfort and Apostle David Woods, Pastor. Rev. Johns’ mortal frame shall be coached to the St. Matthews MBC Cemetery in Caryville, Florida for earthly slumber & military honors with Cooper Funeral Home & Florist of Chipley, Florida, entrusted with the final arrangements.

In consideration of public health and safety, the wearing of a facial mask/covering is required to attend the Public Viewing and Celebration of Life. Family and friends may express condolences online at www.cooperfhchipley.com.