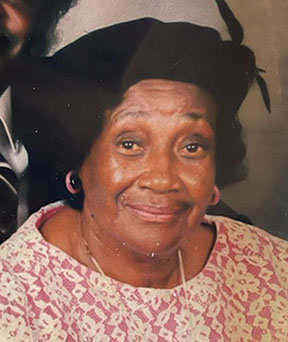 She was of the Baptist faith and a member of Macedonia Missionary Baptist Church in Blountstown.

A Homegoing Celebration will be held graveside Friday, December 31st at 1pm at the Magnolia Cemetery in Blountstown, with Supt Delano Reed, Rev. Martin Williams, Elder Jerome Davis and Minister Roosevelt Martin officiating. Interment will follow with arrangements entrusted to the Caring Staff at Peoples Funeral Home of Marianna.