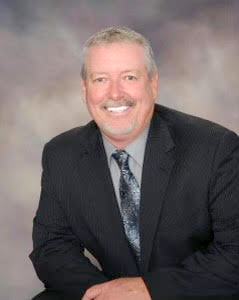 Shane C. Mercer, 60, of Dellwood, Florida died Sunday, February 21, 2021 at Jackson Hospital.
He was born August 27, 1960 to Frieda and Rubin Mercer. In 1978, Shane graduated from Grand Ridge High school. He owned and operated Mercer’s Body Shop in Marianna, FL. Shane was faithful to the Lord and served where called, including being a deacon at El Bethel Church. Shane used his musical talents to bring glory to God through Southern Gospel music. Through the years, Shane was part of several different quartets, including, The Covenant Quartet, The Basford Brothers Quartet, The Bibletones, Freedom Hill Quartet and also filled in with the Dixie Echoes for a time. Shane received the Emerald Coast Southern Gospel Music Association’s award for Male Vocalist of the Year in 2017 and 2018.
Shane loved spending time with his family; his wife and children were the light of his life, especially his grandchildren, whom he adored.
He was preceded in death by his father, Rubin Mercer and mother-in-law, Ethel Pilcher.
Shane is survived by his wife, Sheila Mercer, whom he loved dearly; children, Shelaina Lewis (Jeremy), Shannon Mercer (Kimmy); mother, Frieda Mercer; grandchildren, Savannah and Lila Lewis, Eli, Cole, and Reece Mercer; father-in-law, Marvin Pilcher (Nan); brother-in-law, Richard Pilcher (Carolyn); sister-in-law, Valerie Goodwin (Bruce); special cousin, Tim Mercer (Gladys); and numerous other cousins, aunts, and uncles.
Funeral services will be at 10 AM Wednesday, February 24, 2021 at El Bethel Church in Grand Ridge, FL with Rev. Clinton Howell officiating. Interment will follow in Cypress Grove Cemetery with James & Sikes Funeral Home Maddox Chapel directing.
There will be no public visitation.
Expressions of sympathy may be made at www.jamesandsikesfuneralhome.com