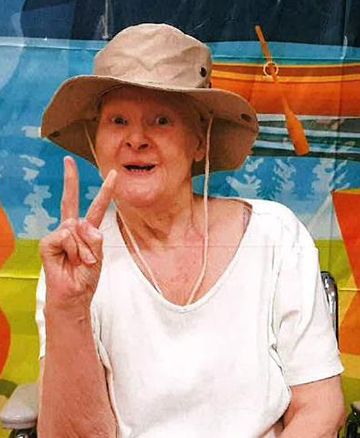 Madeline Barfield, 78, died Sunday, December 6, 2020 at Jackson Hospital. She was born in England on March 15, 1942 to William and Madeline Stephens.

Mrs. Barfield grew up on a small farm in England and attended boarding school and college in England. She worked as a nurse for two years and teacher for eight years in England. For two years she taught school in Malaya. Madeline moved from England in 1970. She and her husband, Brad Barfield lived in his native country, Australia.

After moving to the United States, Madeline worked in law enforcement in Tallahassee, Florida as a Sergeant for 16 years. She also worked as a volunteer with Hospice for six months, as well as counseling and helping victims of rape and abuse for more than two years.

Madeline moved to Marianna six years ago. She enjoyed listening to music, her favorites being opera and the Beatles. She also enjoyed knitting, bird watching, drinking hot cocoa and watching mysteries on TV. Madeline moved into the Courtyard in August of 2014. Her sweet personality, kind words of encouragement and support will be missed by her friends and the staff.

Madeline is survived by one daughter, Una Barfield.