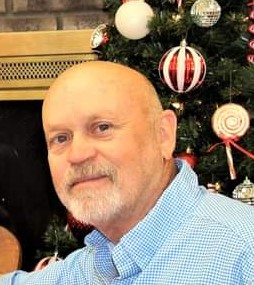 Leslie Ernest Hand, 65, passed away on Monday, June 7, 2021 at home in Grand Ridge, Florida one day shy of his 42nd wedding anniversary, surrounded by his family.  He was born at home on February 29, 1956 to Sidney Ryals Hand and Bernise Hewett Hand Burch, in Grand Ridge, Florida.  He was an active member of the Sneads First United Methodist Church.

Leslie graduated from Grand Ridge High School in 1974 and was very proud of his roots in Jackson County.  Leslie loved working with his hands and would help anyone in need.   Leslie started with the Florida Department of Corrections in 1976 at Apalachee Correctional Institution, he was promoted to the rank of Sergeant in 1987 and in 1994, he was promoted to the rank of Lieutenant at Quincy Correctional Institution, where his primary assignment was as a training Lieutenant.  He always loved to train new correctional officers and wanted to pass on his knowledge.  He was handpicked by the Secretary of the Department of Corrections to be the 1 of 4 initial staff members in a pilot program for, what is now known as the Correctional Officer Trainee (COT) program.  He later retired from Corrections in 2006 at the age of 50.  He was always very proud of his work but would always say, “I am not going to say I will never work again, but I will never work corrections again” and he didn’t.

Leslie had an adventurous life and for over 20 years enjoyed riding motorcycles and helping coordinate many benefit rides for families in need.  He never met a stranger and never wanted anyone to be in need, he was always willing to help anyone at any time to anything from a house remodeling to completely rebuilding a truck for himself and others.  He was nicknamed by his fellow motorcycle riders, “Detail Man.”  He enjoyed visiting nursing homes and just anyone he knew.  At church, he was a trustee, member of the men’s club, and performed security checks during special events.  He loved helping church members getting out of their cars and was called, “The Awesome Greeter and Hugger.”

Leslie was preceded in death by his parents; his in-laws, Edward Ross and Luzelle Martin Hicks; four brothers in law Roy Baker, Steve Barfield, Jerry Hicks, and Larry Hicks, and his special companions Ralph and Reggie, who will lay in rest with him forever.

The family will receive friends on Thursday, June 10, 2021 from 5:00 p.m. until 7:00 p.m. Central Time at the Sneads First United Methodist Church in Sneads, Florida.

Flowers will be accepted or memorial donations made in his memory to the Sneads First United Methodist Church.

All arrangements are entrusted to the caring staff of McAlpin Funeral Home.