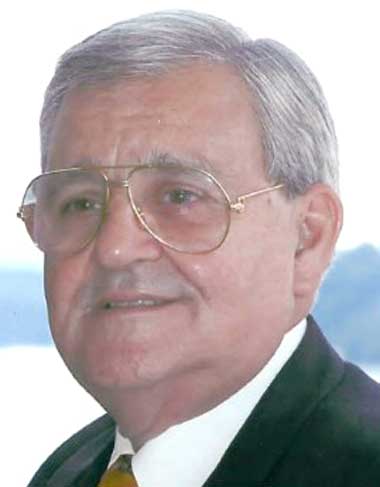 Kenneth Edward Brooten Jr., 77, of Blue Ridge, Ga., went to be with his Heavenly Father at Trellis Supportive Care, Kate B. Reynolds Hospice Home, in Winston-Salem, N.C. on Friday, January 17, 2020, from pancreatic cancer.
He was born in Kirkland, Wash. to Kenneth E. Brooten Sr., and Sadie (Née Assad). His relatives emigrated from Lebanon, homesteading in Fourth of July Canyon in northern Idaho. He grew up on the family farm in Cougar Gulch, south of Coeur d’Alene, Idaho. In 1960, he graduated from IHM Academy. He served his country in the U.S. Coast Guard, receiving an honorable discharge (1968) after eight years in the U.S. Coast Guard Reserve.
His career with the U.S. Congress began in 1962 with the 87th Congress, 2nd Session. From 1962 to 1967 he worked on Capitol Hill serving as a special aide, special assistant, and special legislative assistant to several representatives including, U.S. Rep. Henry B. Gonzalez of Texas.
In 1967, he became a hospital administrator for the U.S. Department of Veterans Affairs Medical Center in Gainesville, Fla., while also attending the University of Florida where he earned a bachelor’s in journalism (1970), and master’s in journalism and international law (1972), earning highest honors with both degrees. In 1972, he briefly attended the University of Idaho’s College of Law in Moscow, Idaho before graduating from the University of Florida’s College of Law, where he earned his Juris Doctor (1975) and diplomas in international law and trade (1974) from Trinity College, The University of Cambridge, Cambridge, England, and the Institute of Legal Sciences, Polish Academy of Sciences, Warsaw, Poland.
He was accepted to the Florida Bar and District of Columbia Bar, with practices in Washington D.C., Gainesville, Fla., and Winter Park, Fla. He was among Martindale-Hubbell Bar Register of Preeminent Lawyers in the World (1995-2015) with a Martindale-Hubbell “AV Pre-eminent” national rating since 1984. During his 42-plus years as a national and international trial lawyer, he personally argued appellate cases before the United States Circuit Courts of Appeals for the 5th and 11th Circuits, before the Supreme Court of Florida, and before the First, Fourth, and Fifth District Courts of Appeal of Florida. He tried to verdict of a jury hundreds of cases in state and federal courts.
In 1976, he was appointed to the U.S. House of Representatives Select Committee on Assassinations where he served as special counsel, acting chief counsel, director, and chief counsel. He was chief legislative counsel for House Resolution 222 which authorized its investigations into the facts and circumstances surrounding the assassinations of President John F. Kennedy and Dr. Martin Luther King Jr. He was sole trial counsel in the U.S. for Her Majesty’s Government of the United Kingdom (1990).
A prolific writer, he penned over 300 articles on legal medicine and international law. He co-wrote the story and teleplay, “Under the Knife,” for CBS’ hit television series at the time, Simon & Simon (1987). He authored two books: “The Grand Jury” (1984), and “Malpractice: A Guide to Avoidance and Treatment” (1987). He was senior medical-legal commentator for Medical News Network (1993-1994).
Continuing to do pro-bono work, he semi-retired with his loving wife, Judy, to Bascom, Fla., and Blue Ridge, Ga.. A devoted husband, father and grandfather, he was a member of St. Luke’s Church (Anglican) in Blue Ridge, Ga.
He is survived by his wife of 18 years, Judy (Née Robinette). His son, (Dr.) Justin (Amy), Winston-Salem, N.C. His daughter, Michelle (Scott), Valdosta, Ga., and grandchildren: Grace, Grant, James, and Emma. His sister, Barbara (Tom), Piedmont, Calif., niece, Anne (Jeannie), Alameda, Calif. His sister, Bernadette (Ph.D.), Cambridge, Mass. His brother, Kent (Kristin), Kent, Wash., niece, Crystal, Tacoma, Wash., niece, Lacey (Vince), Seattle, Wash., and nephew, Seth, Burien, Wash., his grand-nephews and nieces: Tommy, Margaret, Vivienne, and Archer. He was preceded in death by his father and mother.
A memorial service celebrating the life and faith of Kenneth E. Brooten, Jr. will be held on Saturday, February 15, 2020, 11 a.m. at St. Luke’s Church (Anglican), Blue Ridge, Ga. In lieu of flowers, the family requests memorial donations may be made in his honor to Trellis Supportive Care (www.trellissupport.org) of Winston-Salem, N.C.