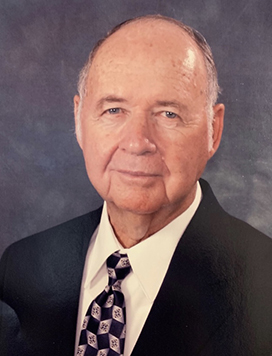 Mr. John was born in Bascom, Florida to Morris Vann Patrick, Jr. and Lillian Ryals (Patrick) McArthur on November 7, 1930. He graduated from Malone High School and continued to work on his dad’s farm. Later he took a job down around Clewiston on a working ranch which seemed to be his true calling. He eventually returned home and joined partnership of the farm with his brothers.Years later the farm was split with John raising cows, hauling cattle and working as an order buyer. He also bought a crop dusting service eventually learning to fly himself. He served on the West Florida Electric Coop board of directors for numerous terms. He served his country in the National Guard also.

Expressions of sympathy may be on line at www.jamesandsikesfuneralhomes.com