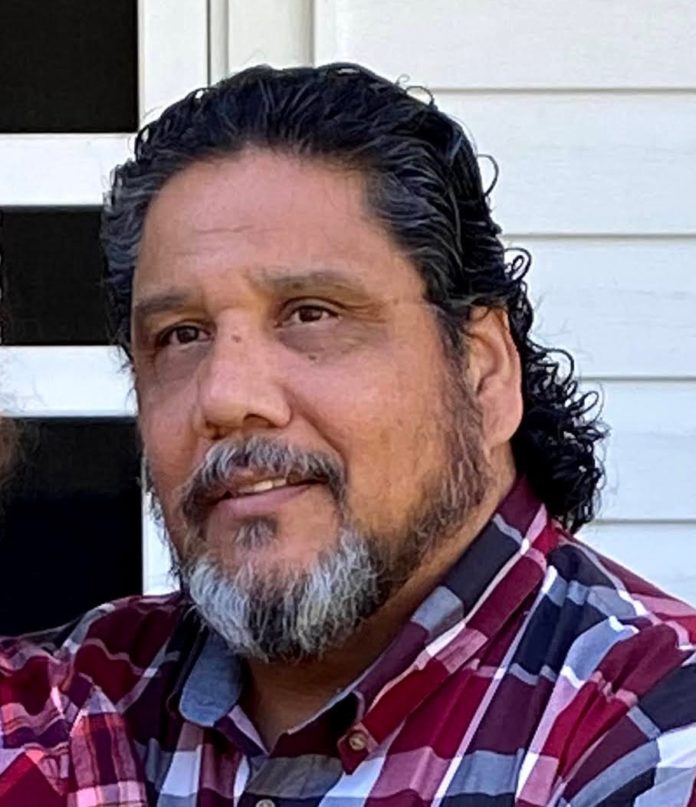 Frederick “Steve” King, Jr., 51 of Altha, Florida formerly of Graceville passed away at his home with his beloved family by his side on Saturday, October 22, 2022.

Steve was from San Diego, California, living his younger years on Sioux Tribal Land in Devil Lake, North Dakota, later moving to St. Paul, Minnesota and graduating from Harding High School in the Class of 1989. He lived in Panama City, Florida for a number of years before moving to Graceville. Steve was Owner/Operator of III Kings Restoration and Construction, he along with his sons worked on several homes and businesses in Bay and Jackson counties. A devoted husband, father and grandfather, he devoted his time in taking care of family and enjoyed every moment with them. Steve was a member of the Church of Christ in Dothan, Alabama.

Steve was preceded in death by his parents Frederick King, Sr. and Mollie Rodriquez King.

A time of visitation will be 5 p.m. until 7 p.m., Friday, October 28, 2022, at the Chapel of James & Lipford Funeral Home. A private graveside will be held at their family cemetery in Altha on Saturday morning, October 29, 2022.

Steve loved the great outdoors so family request those wishing to make a living memorial of plants and trees to be planted on their property in Altha.