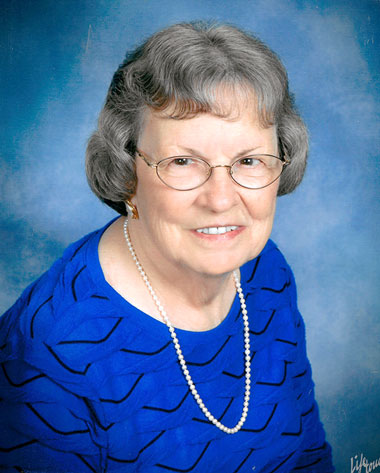 Wilma Darby Barfoot Charles, age 88, of Sneads, FL was granted her angel wings on August 7, 2019.  Wilma was born on February 16, 1931 to James Robert and Mary Rebecca “Bessie” Darby.  She was a woman of strong faith and lived life to serve others.  Wilma was a lifelong member of the Sneads First United Methodist Church and for many years a member of the United Methodist Women’s Group.  She enjoyed reading and was a fantastic cook.  She was a kind and gentle person loved spending time with family members and friends.  Wilma was always there to brighten the lives of others.  She was adored and loved by all who knew her. Wilma will be deeply missed by her family and friends, but never forgotten.

Wilma is survived by her daughter, Becky Barfoot Boor and her husband Bud of Henderson, Nevada; her son, James Barfoot and his wife Marlene of Sneads, Florida; a sister, Susan Churillo; four brothers, Joseph Darby, John Darby, Tom Darby, and Terry Darby;  three grandchildren, Kimberly Hornsby, Patrick Barfoot, and Cody Boor; three great grandchildren; one great great-grandchild; a special niece who was like a daughter to her, Myra Clark; a step-son, Terry Charles,  as well as many other nieces and nephews and extended family members.

She was preceded in death by her parents; James Robert and Mary Rebecca “Bessie” Darby; one sister, Doris Darby Dean; one brother, Gene Darby; and two faithful husbands Pat Barfoot and B.E. Charles.

The family would also like thank two very special caregivers Helen Speights and LaSonya Donaldson at Marianna Health and Rehab as well as Emerald Coast Hospice.

A Celebration of Life service will begin at 2:00 PM Central Time on Sunday, August 11, 2019 at Sneads First United Methodist Church with Dr. Ernie Gray officiating and McAlpin Funeral Home directing.  Visitation with family and friends will begin one hour prior to services at 1:00 PM Central Time at the church.  Interment will be at Pope Cemetery in Sneads, Florida.