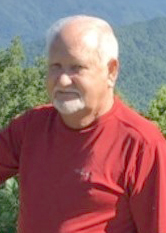 He is preceded in death by his parents, one sister Betty Horton Toole, two brothers Earnest Horton and Isaac Horton Jr., and sister-in-law Deborah Baxley Horton.

He was a lifelong resident of Graceville. He was a veteran who served his country in the Vietnam War from 1969-1970. After returning in 1970, he began his lifelong career as a home builder and roofing contractor, owning and operating Tom Horton Roofing until he retired. He was a deacon at his home church of Graceville First Assembly of God. He never met a stranger and was known for spreading the gospel to anyone who would take the time to listen. He loved his family dearly and cherished time spent with them. He also enjoyed the Tennessee mountains, Alabama football, afternoon naps, fishing, gardening, and taking care of his chickens.

The funeral service will be held at 2 p.m., Wednesday, August 11, 2021, at the First Assembly of God, Graceville, Florida, with Pastor Brett Snell officiating. In addition to Pastor Brett Snell, also speaking will be his brother Elton Horton, and friend Reverend Mike Bighem. Burial will follow in Marvin Chapel Cemetery with James & Lipford Funeral Home in Graceville directing.