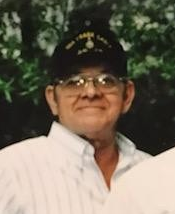 On Tuesday, September 6, 2022, William Robert Adkins, loving husband, father, and grandfather passed away at age 72. Robert was born in Donalsonville, Georgia on September 3, 1950, to Frank and Sarah Adkins. He graduated from Malone high school and attended Chipola Junior College for his mechanic certificate. He later joined the US Army where he served honorably until August 7, 1976. He worked as a mechanics instructor and retired from the State of Florida. Robert was an avid reader and collector of Louis L’Amour books and had a passion for writing his own books. He enjoyed wood-working and restoring cars. He was known for his generosity and willingness to help family and friends and drop everything to be there for his children and grandchildren.

Robert is preceded in death by his wife of 15 years, Sandi Renee Adkins; his parents and two brothers, Bill and Jimmy Adkins.

A memorial service will be held on Monday, September 12, 2022, at 4:30 PM Central Time in the chapel of McAlpin Funeral Home. The family will receive friends immediately following the service.